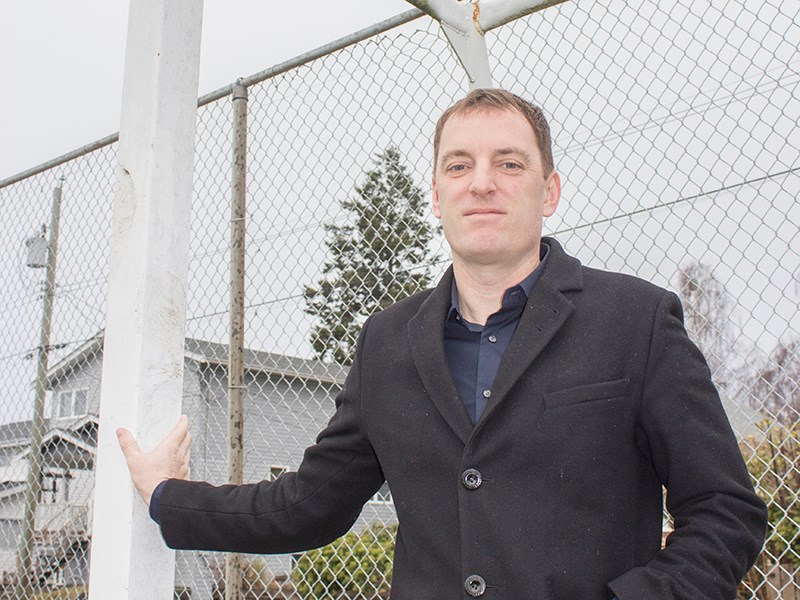 Villa started off the road game well, moving the ball around nicely, but Castaways matched the effort, resulting in an even first half of play.

The game’s only goal came before the break off a Castaways’ free kick from 40 yards out.

“They pumped the ball into the 18-yard box and one of their players was left alone at the side of the net,” said Villa head coach Chris McDonough. “He headed it in from about 15 yards out.”

Villa upped the tempo in the second half and pressured Castaways defenders, but were unable to finish any scoring chances created, including multiple attempts by Braxton Leask, one of which just went past the post.

“We left a few good chances on the table as far as scoring goes; we just couldn’t quite find the handle,” said McDonough. “We kind of threw everything at them in the final 10 minutes but couldn’t get the tying goal; that was the story of the game.”

“Matt came up big on a couple saves that kept it close,” said McDonough. “We probably deserved a tie, but that happens.”

With several regulars missing the game due to injuries and work commitments, players who had not seen a lot of game action during the course of the season were pressed into action and given opportunities, including John Nelson and Jeremy Posser. According to the coach, the squad players put in good performances.

“It was nice to get them some playing time at the end of the year; they did play well,” said McDonough. “We need the depth for times like this. From week to week our lineup can change significantly.”

With a VISL Division 2 spot already secured for next season, Villa closes out the current campaign with two homes games scheduled over the next two weeks. Cermaq City Wave from Campbell River visits Powell River on Sunday, March 6, with a 1:30 pm game time at Timberlane Park.

“They’ve clinched the division title already; they are a really good side,” said McDonough. “They’ve been promoted to the first division.”

Lakers currently hold second place in the division, which will also result in promotion next season if they can hold off third place Lakehill United in the standings.

“The game might mean something for them,” said McDonough. “It should be a good challenge for us to try to get some wins here at the end of the season and move up the standings.”