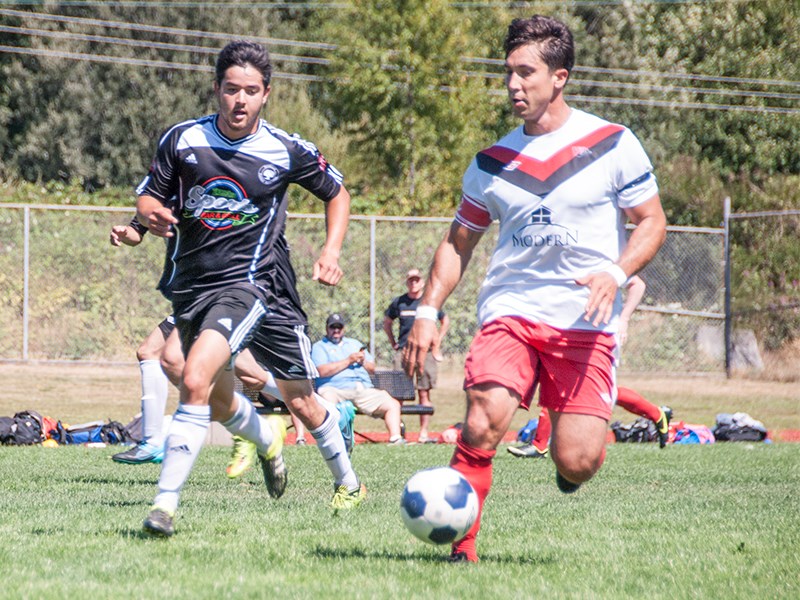 Major changes are in store for Powell River Villa soccer club as it opens training camp for the 2017/2018 Vancouver Island Soccer League (VISL) season. The team has a new coach and is making a concerted effort to develop a youth movement as it will play in a lower division this year.

Villa was relegated from second to third division in the VISL after a disastrous losing season in 2016/2017 resulted in only one win in 16 games. The team recently lost a challenge match against Victoria’s Fernwood Town, its last chance to salvage a spot in the second division.

Chris McDonough, who led the team from 2013 to 2016, returns as coach this season. McDonough began his Villa career as a teenager with the reserve team before joining the big club from 1994 to 1996. After an 18-year absence he returned as a player for the 2012/2013 season.

McDonough said he cannot turn the team around on his own.

“I'm going to have to lean on the veterans of the team to really help out a lot this year; we're going to need as much leadership as we can,” he said. “I'm excited to try to get this team back to winning and if we're in Division 3 to try to win that league and get promoted. That's our goal.”

Thorsell said training plans include bringing a fiery emotion and grit back into the team, in addition to conditioning and technique.

“We need to bring in some tactical knowledge,” said Thorsell. “Last year we suffered a few breakdowns in our tactical play and it cost us.”

McDonough said Villa has a strong core group of players and interest from young players who have come through the youth soccer program.

“We have a lot of returning players from last year,” said McDonough. “It will give us a lot of depth having players pushing for positions. There are some youth players who are going to play a big part for us this year.”

A constant challenge for Villa in recent years has been player commitment, but McDonough hopes younger players coming up and some new faces in town will change that.

“A lot of them can be more committed,” he said. “They're eager to play and they want to push for positions. Having those guys coming through will give us a little bit more depth and a bigger player pool to draw from for those away games, and it's a long season.”