qathet Regional board accepts land use and development feasibility study 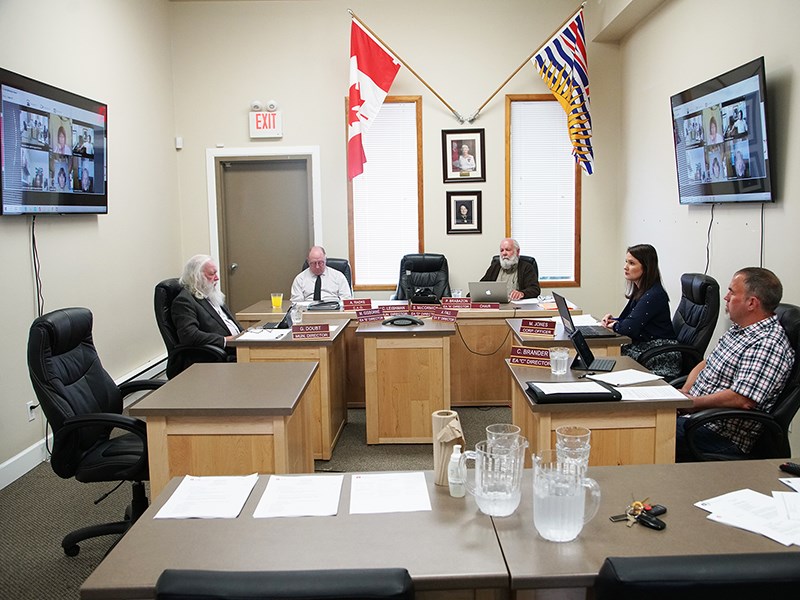 qathet Regional District’s board of directors have received a study previously shelved by the regional district’s planning committee.

At the May 28 regional board meeting, directors voted to receive the feasibility study land use and development regulatory options final report prepared by a consulting firm called the Arlington Group at a cost of more than $20,000.

City director George Doubt, at the May 28 regional board meeting, said he read through the study and said it was an interesting report.

“In my view it would be important to go ahead since a lot of money has been spent on the program already. I just want to be confident that this will go ahead and will be discussed about the consideration of the next steps after the COVID-19 emergency is over.”

Directors from Electoral Areas A, B, C and D were eligible to vote and unanimously carried a motion to receive the study.

There was a second part of the motion that the board defer any consideration of recommended next steps during the COVID-19 pandemic, at least until social distancing directives have been lifted by the provincial health officer.

Gisborne said the matter came before the planning committee in April and the motion to send it to the board was defeated. He said he had a problem with how this was put forward at the following planning committee meeting. He said it appears the assembly was willing to vote on the matter without any discussion, so he requested an explanation.

“Director McCormick spoke of how important it is to people of Area C,” said Gisborne. “There has been no correspondence or delegations from the people of Area C. I’ve received no emails or anything additional between the April and May planning committee meetings.

“I’m not sure what changed director McCormick’s mind. Nothing new came before the assembly.”

Chair Patrick Brabazon called for order and said assignment of motive was not acceptable conduct.

“Director McCormick has brought it back to the planning committee,” said Brabazon. “We are in no position to question her motives or reason for doing so. We accepted it then and the board will vote on it tonight.”

When asked by Gisborne about where the violation was in the code of conduct, Brabazon said the board was back to the definition of respect.

“I will argue that it is disrespectful to attempt to assign motive to another director,” said Brabazon.

Corporate officer Michelle Jones said Robert’s Rules of Order supports not speaking against another member or questioning their motives.

Directors voted to carry the second motion with Gisborne opposed.

According to an extract from the feasibility study, based on the assessment of current regulatory status in qathet Regional District, it is recommended that the regional district consider an increased regulatory framework through a multi-phased program and selective approach, starting with public education and consultation on benefits and drawbacks of zoning in Electoral Areas B and C.

The study stated that depending on results of public consultation on the zoning options phase, initiation of a new zoning bylaw for Electoral Areas B and C, followed by a development permit area and guidelines for protection of development from already identified hazards, is recommended in the second phase. Consultation on adopting a building bylaw for rural areas phased in by electoral area is also recommended in the second phase.