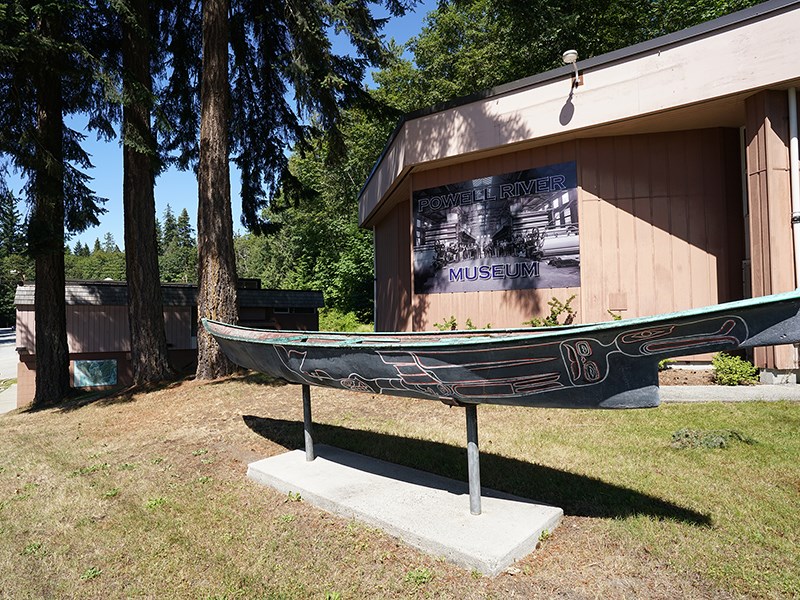 An allocation of $204,240 will be included in the qathet Regional District 2021 to 2025 financial plan for Powell River Historical Museum and Archives Association. Peak archive photo

qathet Regional District board of directors unanimously passed a bylaw for temporary borrowing for the new resource-recovery centre and waste transfer station. According to the bylaw, read at the February 25 regional board meeting, the board is authorized to borrow upon its credit from the municipal finance authority an amount not exceeding the sum of $5.5 million. The borrowing, according to the bylaw, is to develop and construct the centre and transfer station to serve residents of the qathet region.

qathet Regional District will investigate subduing lighting from its works yard south of town on Highway 101. Directors voted to receive correspondence from Jan Padgett, who said the lighting from the yard, and from the limestone quarry south of Van Anda, is a concern. Directors also requested staff investigate changing the lighting in its maintenance yard to something more environmentally acceptable.

The regional board has authorized staff to dismantle and remove spectator bleachers from Gilles Bay and Van Anda baseball fields on Texada Island. According to a staff report, the wooden bleachers are deteriorating and will either need to be repaired or replaced. Texada Island Recreation Commission has recommended the regional district remove the bleachers at the two parks.

An allocation of $204,240 will be included in the 2021 to 2025 financial plan for Powell River Historical Museum and Archives Association. The contribution from the regional district is the same as was allocated in the 2020 contribution agreement.

The regional board will advise Telus Communications that qRD concurs with the proposal for a telecommunications facility to be located on the property at 2658 Weldwood Road in Electoral Area C, subject to two conditions. One is that there be proof of a successful notice of intent application to the Agricultural Land Commission for placement of fill or removal of soil. The second is completion of a successful public consultation process. Electoral Area B director Mark Gisborne voted against the motion.

Regional district staff will be directed to provide a letter of support to School District 47’s grant application for replacement of the artificial turf field at Brooks Secondary School. Electoral Area B director Mark Gisborne said he had read the letter from the school district and had been thinking about plastic grass for a long time. He said it breaks down when it’s run on and microplastics get into waterways. He said he did not think the board should support a grant application for replacement of a fresh layer of artificial turf, which “propagates the problem.”

City director CaroleAnn Leishman said she agreed with Gisborne’s comments but she wondered if it was not the board’s place to question what the school district is doing.

“Maybe in the letter of support we can put in that we don’t necessarily agree that’s the best strategy in regards to microplastics entering our storm sewers but that we support the project in theory,” said Leishman.

“Certainly, we’re all free to make our comments to (superintendent of schools) Jay Yule regarding what we think of artificial turf, but in this case, the board needs to go one way or the other,” said Brabazon.

The board voted in favour of sending the letter, with Gisborne opposed.