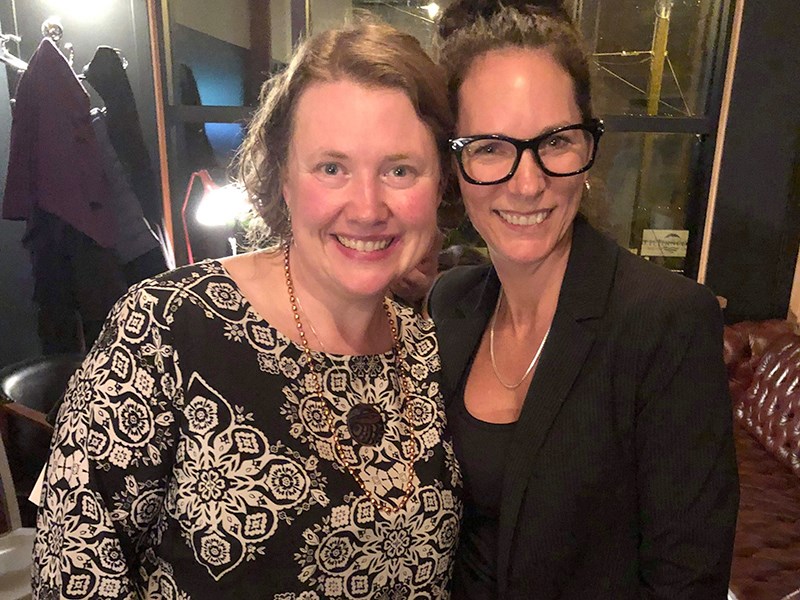 The NDP’s Rachel Blaney said she is delighted with her re-election as MP for North Island-Powell River and pleased with national results of the federal election, which delivered a Liberal minority government.

“I’m really happy it’s a minority government, because some of the best things that have happened for Canada have come out of minority governments,” said Blaney. “Hopefully what we see is more reflection of what folks across Canada are wanting to see happen.”

Nationally, the NDP dropped from 44 to 24 seats, but could be poised to form a partnership with the Liberals, who won 157 seats (13 short of a majority in the House of Commons).

The details of what form the minority government will take are yet to be determined. However, Blaney sees an opportunity to put progressive policies at the heart of federal government. In particular, she wants to advocate for strong action on climate change, with an emphasis on protecting working people.

“One of the things I will be pushing is that as we look at creating a more sustainable future, and a more sustainable economy, that we don’t leave the working people of this country behind,” she said. “We need to see where we have strengths in our riding, and see what supports we need so we can take it to the next step.”

Blaney said the issue of affordability is also high on her list of priorities, adding that she will push the federal government to address high costs of living by introducing a national pharmacare system.

“I talk to so many people who are homeless or at risk of homelessness in this riding, and some of them were couples with two decent-paying jobs and still couldn’t find anywhere to live; we really need to address this,” added Blaney. “People in our riding are struggling financially, and we need to start addressing that with supports.”

Blaney also said she would like to revisit the question of electoral reform, a promise which Justin Trudeau campaigned on in 2015 but ultimately reneged.

“My sense is that a lot of people are feeling frustrated, and I think electoral reform would actually be a great help to people,” she added. “I want to have a system where every vote counts.”

Blaney said the results in her riding indicated a desire for bold action on climate change. However, she believes her victory came primarily as a result of her work as a constituency MP.

“What we heard really clearly is that this is a progressive riding, that really wants to address some of the key issues around the environment and also just around general affordability,” Blaney explained. “But at the end of the day what helped me was the fact that I worked so hard in the community. To me that was the deciding factor.”

Rob Hill, a member of Blaney’s campaign team in Powell River, said preliminary poll counts indicated most of the NDP’s support was concentrated in Powell River, rather than in the North Island portion of the riding.

“She got 46 per cent support in Powell River,” said Hill. “That’s a testament to the volunteers, advocates, and a strong community history of NDP support.”

Hill also noted that despite a modest increase in support for the Green Party, the much-speculated “Green surge” on Vancouver Island failed to materialize on election night.

“Yes, [the Greens] have some great ideas around climate change, but I often think our party has embraced that exceptionally well as well,” said Hill. “We always assumed with Rachel being the incumbent, not that it would be a shoe-in, but that it would work to our advantage. Overall Rachel is a strong candidate. I think Powell River got the MP it needs.”