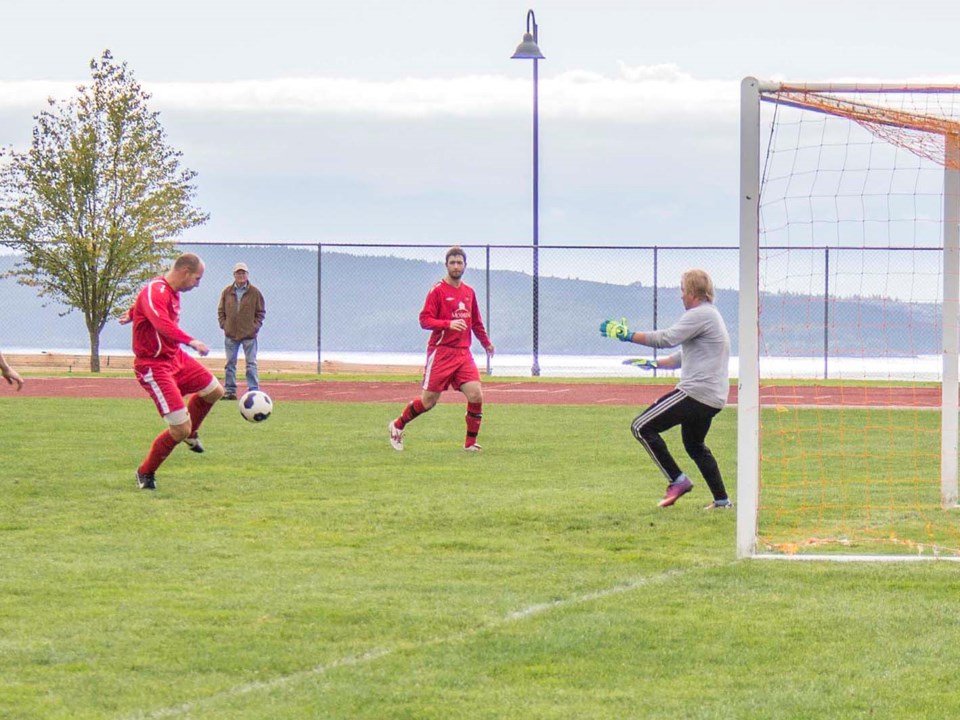 Leading 2-0 early in the second half, Powell River Villa could not hold on against Westcastle United from Langford. Villa had to settle for a 2-2 tie in its home game on Sunday, October 9.

The tie was good for a point in Vancouver Island Soccer League Division 2 play.

Villa head coach Mario Paul said that, after going up by two, his players let up and let themselves down.

“They know what they let slip away, and I think they were embarrassed for themselves to let that happen,” said Paul. “They’ve beat themselves up enough over it.”

Villa goals were scored by Rob Devlin and Joel Mahy.

“In the last 15 minutes of the game, and not just this game, we lack a little maturity,” said Paul. “We need to keep our composure and close the game out with possession and control like we had throughout most of the game.”

Paul said he didn’t field his full first-string side and some of the players in his lineup lacked experience.

“It’s the responsibility of the other guys who are experienced to be leaders and settle the game down,” he said.

According to Paul, another factor in the letting Westcastle come back to tie was not taking advantage of multiple opportunities.

“We have to finish chances and make it become second nature,” he said.

In four games, Villa has one win, two losses and is tied for sixth place in league standings.

Brandon Knox is tied with six other players in top 10 scoring with two points. There is a four-way tie for first at three points.

Villa’s next game is Sunday, October 15, in Victoria.