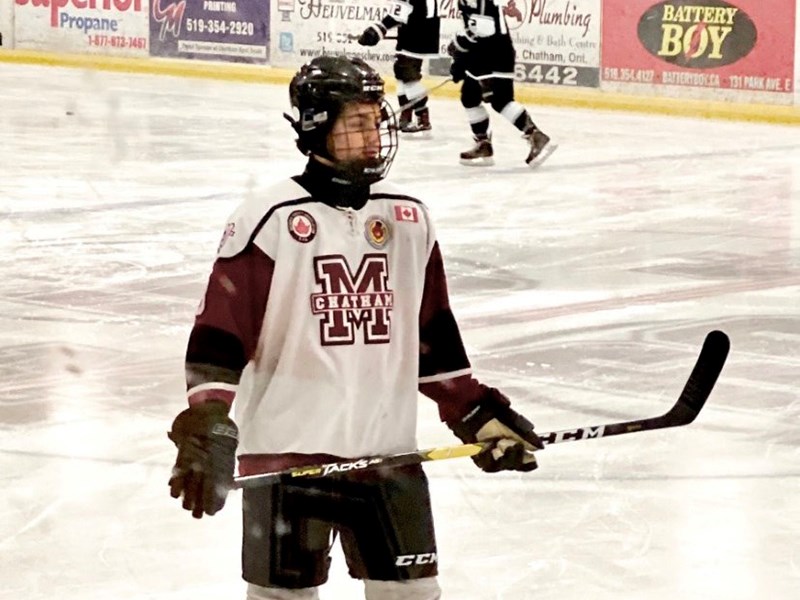 Powell River Kings Hockey Club continues to build for the future by adding to its roster for the 2021/2022 BC Hockey League (BCHL) season.

2003-born forward Anthony Lucarelli, from Chatham, Ontario, has committed to joining the team. The current member of the Chatham Maroons (Greater Ontario Junior Hockey League) played U18 AAA hockey during the 2019/2020 season with the Elgin-Middlesex Chiefs.

“Anthony is a big body who moves well, has good offensive instincts and has a knack for the net,” stated Kings’ general manager Chad van Diemen, in a media release. “This was a pretty tough season in regards to development through games played, but Anthony had a very good season with the Chiefs and was scheduled to play in the GOJHL with Chatham.

“We feel he is ready to make the move to the BCHL and are excited to work with him to help achieve his goal of playing NCAA hockey.”

Lucarelli led the Chiefs in scoring last year, with 17 goals and 22 assists in 35 games; he also appeared in one playoff game for the Maroons. He was then chosen 39th overall in the OHL (Ontario Hockey League) draft by the London Knights.

“I am very happy to be able to make this jump,” stated Lucarelli. “The BCHL is a great league to be in and I cannot wait to get started. I’m looking forward to competing at a very high level of hockey with a good group of players next season.”