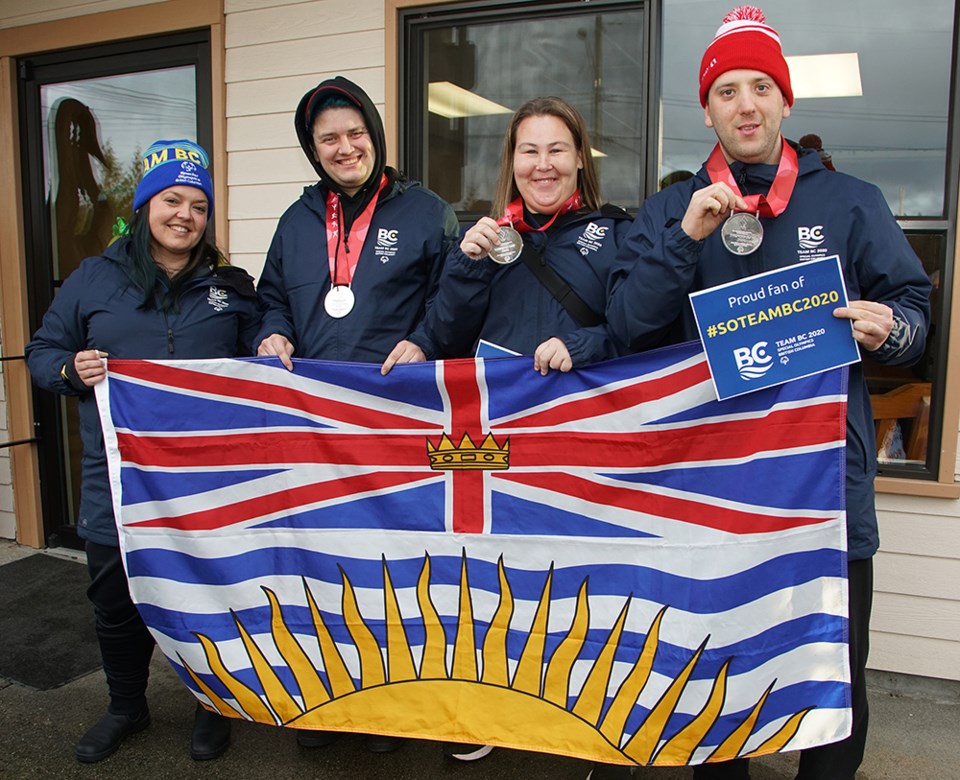 In a fundraising initiative to raise community spirit, Shaw Communications has teamed up with the BC Hockey League (BCHL) for a text-to-donate initiative called Brighter Communities powered by Shaw.

“The Powell River Kings have chosen our organization as the recipient of the benefits from Brighter Communities,” said local Special Olympics coordinator Jackie Milsom. “We’re really thankful to them, they’ve always been a great support to us.

“It’s another way to provide support to our athletes and once it’s safe to start up our programs again, we want to offer our athletes as much as we can given that they’ve missed out on our programming for so long. Any support we get in preparing for that will be greatly appreciated.”

Special Olympics has not been able to proceed with its usual fundraising events, but was able to host its annual Christmas tree mulch in January, which was a success thanks to support from CUPE, according to Milsom. The organization's two other major fundraisers were cancelled due to COVID-19.

Fifty athletes ranging in age from eight right up into their 70s and sometimes 80s benefit from different local Special Olympics programs, which accommodate all of the age groups. Bowling draws the most athletes.

“We have seven local sport programs we provide for children, youth and adults in Powell River; obviously we currently aren’t able to provide any programs,” explained Milsom, adding that the organization is hoping to be able to provide golf this spring with certain precautions being taken.

With golf being an outdoor sport and the number of athletes they have participating in the program, it will be a good starting point for Special Olympics, added Milsom. Golf will be the first program offered since COVID-19 restrictions were put in place.

With difficulties faced over the past year due to coronavirus and increased strain and demand on non-profit organizations, Shaw and the BCHL wanted to find a way to bring communities together, according to a media release.

“The BCHL season is typically a time to celebrate community and embrace team spirit, and while the season has been delayed this year, we wanted to ensure fans, players and community members can still rally together for a common cause,” stated Chethan Lakshman, Shaw vice president, external affairs.

People are able to make a $10 donation up until May 31, 2021, by texting a charity’s unique code to 41010. The code to donate to Powell River Special Olympics is: PRKIDS.

Shaw will match every donation dollar-for-dollar, up to a total of $3,000 per charity.

Further information on Brighter Communities can be found at  shaw.ca/corporate/community/investment. For more information on the text-to-donate initiative, go to bchl.ca/shaw.