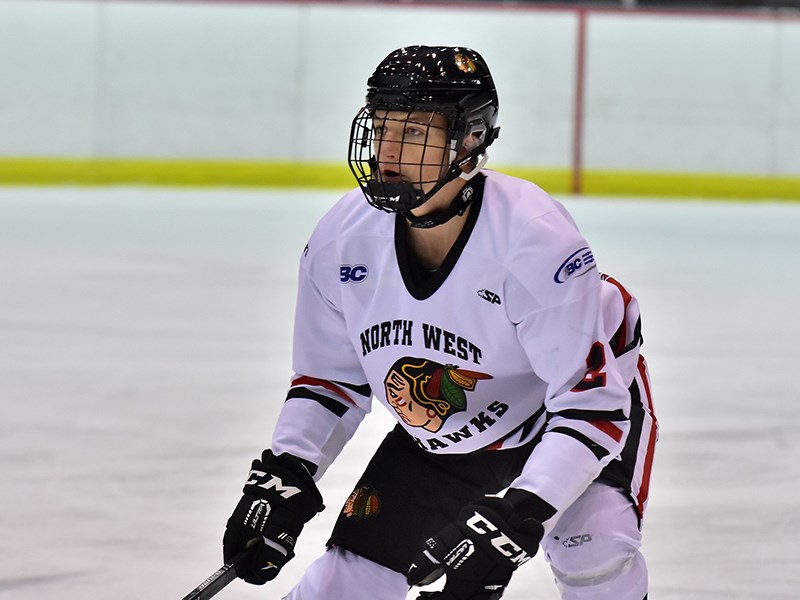 Vancouver North West Hawks (BC U18 AAA League) defender Sam Belanger has committed to join the Powell River Kings for the 2021/2022 BC Hockey League season.Contributed photo

Powell River Kings have announced the commitment of defender Sam Belanger to join the hockey club’s roster for the 2021/2022 BC Hockey League season.

“We are very happy to be able to add Sam to our team for next season, stated Kings’ general manager Chad van Diemen in a media release. “He is the type of player that makes coming to the rink every day an enjoyable experience for his teammates and the coaches.

“He is willing to put in the work on the ice, in the gym and in the classroom in order to play NCAA hockey. We believe he can be a very good defenceman in the BCHL and are excited to work with him on a daily basis.”

Belanger stated that playing Junior A hockey is a big goal, and something he is looking forward to.

“I am excited to be part of an environment with a great coaching staff and players,” stated Belanger, “and a good community in Powell River next season.”