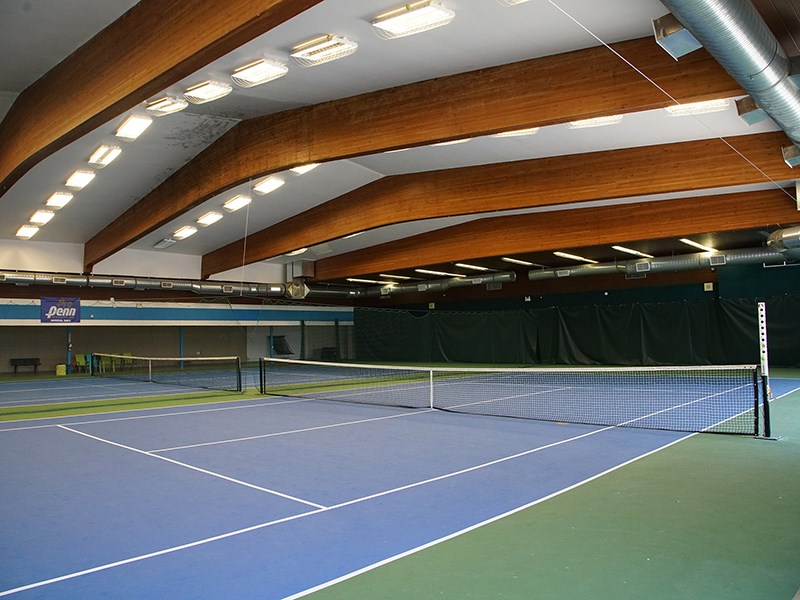 City of Powell River Council has voted for a grant-in-aid to be provided to Powell River Sport and Fitness Society in the amount of $19,357 in lieu of 2021 property taxes.

At the December 17 council meeting, councillors considered the request from the society that operates the racquet facility at 4320 Joyce Avenue, where Liquidation World used to be situated, to cover taxes owed, because the society failed to apply for a permissive tax exemption by the deadline.

Councillor Jim Palm said committee of the whole had received a presentation from Jeff Lynskey, president of the society, explaining that the Powell River indoor tennis courts were having a hard time making ends meet. Palm said Lynskey came and requested some help, which would be granted through the recommendation.

“I am hoping that they are progressing,” said Palm. “The facility looks very good. There had been a lot of money put into it. They have a large loan from Powell River Community Futures, which they are paying down.

“They hope to get their membership up so it is sustainable down the road. We are going to help them out in that regard, especially in this year of COVID-19, where members of our community can still go to this facility because of the setup, whether it’s pickleball, tennis or badminton, and still play in a safe environment. I’m very happy the City of Powell River is supporting this endeavour.”

Councillor George Doubt said he supports the application. He said the society was unfortunately late in getting an application in before the permissive tax exemption bylaw was approved.

“I looked through all of the requirements to get a permissive tax exemption and they meet all of the requirements for doing that,” said Doubt. “They provide a service that’s available for the community, they fill a useful purpose. I’ve been into their facility. I know they are trying to start up pickleball and that’s incredibly popular. I’m in full support of this. It’s a good use of the city’s grant money.”

Councillor Cindy Elliott said she, too, is in support of the society. She said it had received a permissive tax exemption in the past and just neglected to put the application in on time. She said she doesn’t wish for them to go out of business because they hadn’t put in the application.

“This grant in lieu is the same amount as they would have had for their permissive tax exemption that they were eligible for and neglected to apply for,” said Elliott. “I thought it was good for us to approve this.”

Mayor Dave Formosa said the society went through a change of presidency. He said one president left and another came in. The new president thought the past president had put in the application for the permissive tax exemption, but he didn’t, according to the mayor.

“When the new president realized what had happened, they found out they had a $20,000 tax bill that they couldn’t have dealt with,” said Formosa. “They would have folded. It’s a good use of a large building that otherwise would sit empty in this community. It allows a great community activity to go. It works for everybody. It’s a great facility and I’ve been there myself. It meets all of the criteria of a permissive tax exemption.”