The suburbs surrounding Toronto, Montreal and Vancouver's are fueling an uptick in homes beginning construction and properties ready for occupancy, says Canada Mortgage and Housing Corp.
Feb 15, 2021 9:07 AM By: Canadian Press 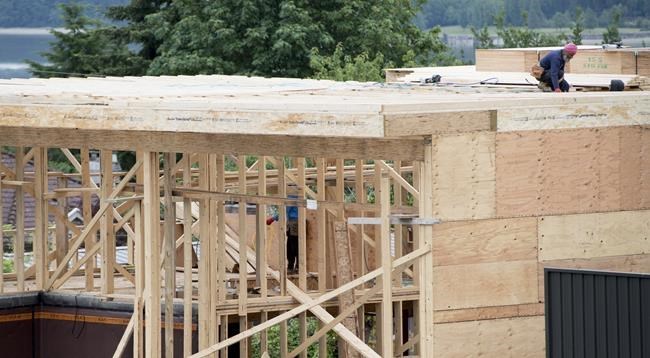 The suburbs surrounding Toronto, Montreal and Vancouver's are fueling an uptick in homes beginning construction and properties ready for occupancy, says Canada Mortgage and Housing Corp.

In two reports released Monday, the federal housing agency said that the number of homes in Toronto, Montreal and Vancouver ready for tenants owners has begun soaring the farther one is from those city's centres, while the number of urban properties starting construction is also edging up.

The availability of lots to build on and affordable prices are pushing up housing completions in a roughly 30-kilometre radius outside these city centres, according to CMHC.

The number of housing completions has peaked in areas between 20 and 30 kilometres from Toronto and Vancouver's city centres, while Montreal's peak is even further, at above 30 km, the agency said.

"Montreal has seen the strongest pattern for suburbanization, with the level of housing supply increasing with distance from the city centre and decreasing with population density," said CMHC's report.

"Like Montreal, Toronto has experienced urban sprawl with a high level of housing development in remote suburbs. However, Toronto has also seen a boom in housing construction in its active core."

Urban sprawl is more limited in Vancouver because the area has a relatively stable level of construction in its urban areas, said CMHC.

Its study found that construction activity was the lowest between 5 and 10 kilometres outside the city centres it studied.

Condos were responsible for the bulk of completions close to the city centre, in comparison to single-family, semi-detached, row houses and rental units, which dominated elsewhere.

As one moves further away from the city centre, the condominium supply mainly decreases in Toronto and Montreal, CMHC said.

The trends it found are leading to two challenges.

"Second, the relatively low level of housing development in low-income areas in Montreal (and to a lesser degree in Toronto) may indicate affordability challenges in those neighbourhoods."

When income rises in a city, so does the desire to relocate, CMHC found.

Since housing per square foot is cheaper at greater distances, consumers have an incentive to move to less central locations in order to buy a bigger dwelling, it said.

This leads to the richest families living in the suburbs, despite longer travel times.

CMHC's insights into housing completions came as it announced that the annual pace of housing starts rose 23.1 per cent in January, as single-family homes in Montreal started to reach their highest level since February 2008.

The seasonally adjusted annual rate of housing starts rose to 282,428 units in January.

Rural starts were estimated at a seasonally adjusted annual rate of 15,551 units.

The month's figure included housing starts from Kelowna, after the region wasn't surveyed in December due to the COVID-19 pandemic.

The six-month moving average of the monthly seasonally adjusted annual rates of housing starts was 244,963 units in January, up from up from 238,747 units in December.

— With files from Anita Balakrishnan