EDMONTON — Alberta says public consultations on its plans to expand coal-mining will begin March 29 but there's no decision yet on how they will go ahead.
Feb 23, 2021 3:56 PM By: Canadian Press 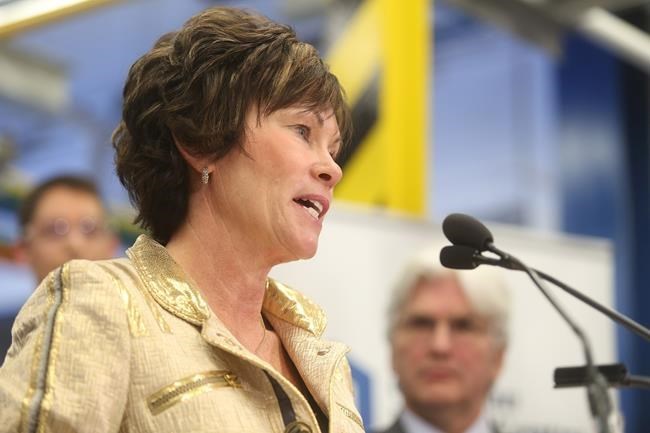 EDMONTON — Alberta says public consultations on its plans to expand coal-mining will begin March 29 but there's no decision yet on how they will go ahead.

"I have directed my department officials to bring forward a comprehensive consultation plan that is by Albertans and for Albertans," Energy Minister Sonya Savage said Tuesday in a release.

"The details of the process will be announced before consultations begin."

One critic said any feedback collected by the same department that has been encouraging the industry's expansion isn't likely to go far enough.

"Alberta Energy has lost a lot of trust in their dealings with the coal issue," said Katie Morrison of the Canadian Parks and Wilderness Society.

"It does seem a little like a quick-and-dirty process to get back to the business they started with."

Last spring, the United Conservative government revoked a policy that had protected the Rocky Mountains and their eastern slopes from open-pit coal mines since 1976. The decision was made the Friday before a long weekend without public notice or input.

Opposition built and spread until it included small-town mayors, First Nations, popular entertainment figures and a broad spectrum of Albertans. More than 100,000 signatures were gathered on petitions opposing coal-mining in one of the province's best-loved and ecologically important landscapes.

Earlier this month, Savage reinstated the policy and promised there would be public input on coal-mining. No more leases on the most vulnerable land would be sold, she said.

Six companies still hold exploration permits allowing hundreds of new drill sites and kilometres of new and refurbished roads on previously untouched land. And Savage's promise to block mountaintop removal mines — which remove a peak to expose coal — doesn't affect a proposal to do exactly that near the Crowsnest Pass.

That plan by Benga Mining Ltd., a subsidiary of an Australian company, is currently before an environmental hearing.

Nor does the reinstatement of the coal policy guarantee the Rockies won't see strip or open-pit mines.

Savage has only said mines on sensitive landscapes must "not involve mountaintop removal.'' In her directive to the province's energy regulator, she said surface mining is not banned, but "would not normally be considered.''

On Tuesday, Savage said: "With the input of Albertans, a modern coal policy will protect the areas Albertans cherish while allowing responsible resource development in the appropriate places."

Morrison said the government should have asked Albertans first what they wanted to talk about in regard to the eastern slopes.

"People have been saying they want a new vision for this region," she said. "That needs to go beyond a coal policy."

NDP environment critic Marlin Schmidt said his party favours a ban on all coal mining in the most sensitive areas. Mining in other areas could possibly be considered in the context of land-use plans and cumulative effects on land and water, he said.

"We would consult on that proposal with Albertans and fulfil a constitutional duty to consult with all affected Indigenous communities."

Other observers have pointed out that it will be important to know what weight will be given to the government's consultations.

Nigel Bankes, a resource law professor at the University of Calgary, has said land-use consultations like those that go into regional plans have the force of law behind them. Savage gave no such guarantees on Tuesday.

Also missing from the news release was any mention of First Nations consultation.

This report by The Canadian Press was first published Feb. 23, 2021