MONTREAL — A Montreal university has postponed the legal action it took against a student who posted on social media semi-nude photos of herself posing with a diploma featuring the school's logo.
Apr 6, 2021 2:58 PM By: Canadian Press 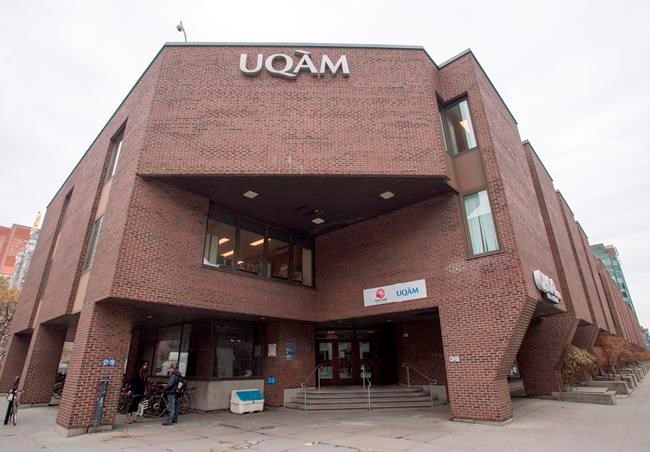 MONTREAL — A Montreal university has postponed the legal action it took against a student who posted on social media semi-nude photos of herself posing with a diploma featuring the school's logo.

Universite du Quebec a Montreal said in a statement Tuesday that it paused the $125,000 claim in order to pursue negotiations with Helene Boudreau.

In the lawsuit filed March 19, the university accused Boudreau of violating trademark law and damaging the school's reputation when she published photos the school characterized as "pornographic" to her social media accounts and used them to promote her account on the subscription site OnlyFans.

The photos show Boudreau in a cap and gown and holding a diploma with the university's logo, lifting up her gown to reveal the bottom half of her breasts.

In a statement distributed by her lawyers, Boudreau said she took the photos to be artistic and to represent her journey as a visual arts student and an actress in the adult industry.

One of Boudreau's lawyers, David Banon, confirmed Tuesday evening that the negotiations with the school were ongoing, and it was too soon to say whether a satisfactory resolution would be reached.

In her statement, the student said she wanted her graduation photos to be "artistic" and out of the ordinary.

"In my eyes, these photos were art in of themselves, and my only motivation was I wanted my graduation photos to represent me and to be an original artistic expression," she wrote.

"More specifically, I never had any intention to use my graduation photos as publicity material."

Boudreau said in the statement that she paid the photographer to take the pictures to celebrate the accomplishment of graduating — something she says she's especially proud of given the "daily" prejudice she faces because she operates an OnlyFans page on which she posts explicit content.

She said she has since removed the photos from her social media accounts, although they're still circulating online. She also maintained that she should be free to display them, adding there is nothing in them that is obscene, degrading or harmful to UQAM's reputation.

"In our modern society, the fact that a woman reveals herself, partially or otherwise in a photo, when the photographer has authorized her to do so and she has paid to acquire those photos, should not be characterized as an act that could damage reputation," she said in her statement.

Boudreau's story prompted a wave of criticism toward the school, including dozens of people who posted their own suggestive photos online featuring their diplomas or the university logo as a show of solidarity.

In its statement, the university acknowledged the "movement of support" for Boudreau and said it did not want to limit freedom of expression or discriminate against sex workers.

"The legal proceedings are in no way intended to prohibit the student from posting intimate photos of herself on social media or otherwise," the school wrote, adding that it was open and inclusive and a "pioneer" in feminist studies.

"Freedom of expression cannot, however, justify an infringement of the name and logo of the university or their commercial exploitation without authorization," the statement read.

This report by The Canadian Press was first published April 6, 2021.