OTTAWA — A study has found shortcomings with the process intended to serve as a check on new units for isolating federal prisoners from the general jail population.
May 10, 2021 7:59 PM By: Canadian Press 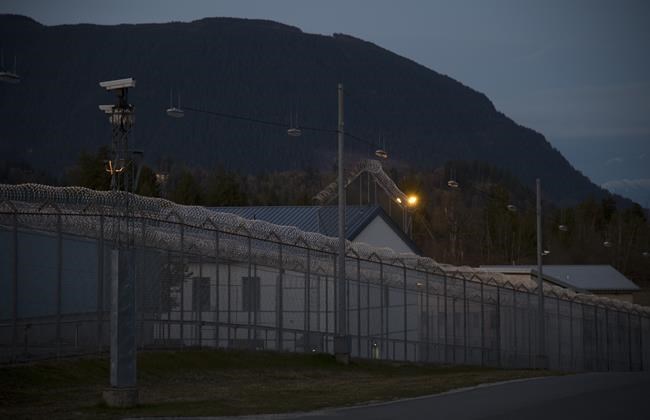 OTTAWA — A study has found shortcomings with the process intended to serve as a check on new units for isolating federal prisoners from the general jail population.

In response to criticism of solitary confinement, the government ushered in "structured intervention units" for inmates requiring isolation to allow better access to programming and mental-health care.

Prisoners transferred to the units are supposed to be allowed out of their cells for four hours each day, with two of those hours engaged in "meaningful human contact."

According to the Correctional Service, personnel known as independent external decision makers review inmate cases on an ongoing basis, and provide binding recommendations related to their conditions and length of confinement.

However, a new study by academic experts says the reviews are "not adequate," and it points to a lack of information about the nature of the information used by the decision makers, the logic behind their findings and the timing of the implementation of their decisions.

The study, made public Monday, was prepared by criminologists Anthony Doob and Jane Sprott and law professor Adelina Iftene using data provided by the Correctional Service.

The prison service said it was reviewing the report.

"We continue to work hard to help inmates take advantage of the opportunities for time out of cell and meaningfully engage in diverse activities and programs, especially during the pandemic," said spokeswoman Isabelle Robitaille.

As of this week there were 188 inmates in a structured intervention unit at federal prison facilities across Canada, representing about 1.5 per cent of the inmate population, she said.

An earlier report by Doob and Sprott, released in February, said 28 per cent of the stays in the units could be described, given international standards, as solitary confinement and 10 per cent could be considered to be torture.

The latest study examined data dealing with decision makers' reviews of the length of a unit stay.

It found cases were often referred to decision makers within 67 days. However, there were 105 cases in which the person stayed in a unit for at least 76 days with no record of the case ever being sent to a decision maker.

— Although the decision maker may have "independent" authority to decide that someone should be released from a unit, the prison service can arrange the timing of that release to meet its own needs;

— Black prisoners' stays in units were longer than the stays of other groups;

— The review process did not help remove those with mental-health issues more quickly.

The study concluded that the decision makers' reviews "as they currently exist are not adequate."

"Without access to considerably more information about the manner in which these reviews are carried out, it is difficult for us to know whether this system of oversight can be made adequate," the authors wrote.

"Most disturbing to us, however, is not the fact that we were not able to examine in detail how the (decision makers') process actually works, but that nobody seems to be doing this."

Based on the new findings and previous analysis of data about the units, "it is clear that change is desperately needed," the study said.

"Our findings also point to the importance of there being an oversight body that can look systematically not only at the kind of data that we, as volunteers, have been looking at, but also at other more detailed data related to the operation of the (units) and the practice of solitary confinement."

Robitaille said the prison service is working with stakeholders and values their feedback on ongoing enhancements to the new model.

"While there is more work to do, we remain strongly committed to the successful implementation of SIUs as we work to safely and successfully rehabilitate offenders."

Canada has admitted broken Indigenous relationship, unlike China on Uyghurs: Trudeau
Jun 22, 2021 9:28 AM