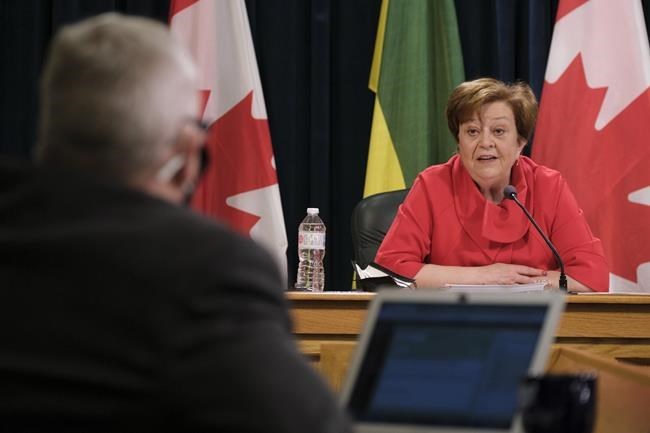 REGINA — Saskatchewan tabled its 2021-22 spending plan on Tuesday, the second budget prepared during the COVID-19 pandemic. Here's a look at some of the winners and losers:

Drivers: Motorists are to pocket rebate cheques in May from money the government says is sitting in an auto fund. It says rebates will be about $285 a vehicle, on average, for a cost to the government of $285 million.

Power customers: SaskPower customers are to receive a one-year, 10 per cent break on their power bills, which will cost the province $175 million.

Construction: Nearly $490 million in stimulus spending is planned for maintenance and other infrastructure projects. It's part of a $2-billion package announced last year to create jobs and to help the economy recover from the pandemic.

Restaurants in Regina: The budget comes down as restaurants, bars and other indoor venues, including movie theatres and museums, remain closed in the capital and surrounding communities. The province says businesses hurt by COVID-19 health restrictions can apply for emergency payments.

Supervised consumption site: No government funding for the second year in a row to a Saskatoon-based organization that operates the province's only supervised drug consumption site. Prairie Harm Reduction had hoped it would receive about $1 million annually, especially given a rise in opioid overdoses and deaths.

Vapers: The province is introducing a 20 per cent tax on the retail price of all vaping liquids, devices and products starting Sept. 1. It hopes to dissuade young people and non-smokers from taking up the habit. It says the tax brings such products in line with existing levies on tobacco products.

This report by The Canadian Press was first published April 6, 2021