'We will do everything we can,' B.C. police say to reassure public amid gang violence

BURNABY, B.C. — Some of British Columbia's top police officials tried to reassure the Metro Vancouver community on Monday after a spasm of brazen shootings linked to the gang war spilled into public spaces.
May 10, 2021 4:26 PM By: Canadian Press 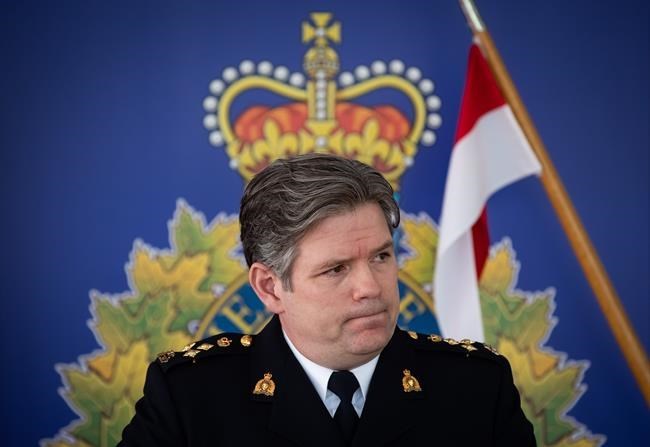 BURNABY, B.C. — Some of British Columbia's top police officials tried to reassure the Metro Vancouver community on Monday after a spasm of brazen shootings linked to the gang war spilled into public spaces.

An innocent bystander is recovering from gunshot wounds after an attack in Burnaby Saturday, officers said, while they also identified the man executed outside Vancouver's airport Sunday who was previously the subject of a public safety warning.

RCMP Assistant Commissioner Dwayne McDonald said the violence is part of a war over the illicit drug market.

"These individuals, make no mistake about it, are vying for control of the drug trade," McDonald said at a joint news conference with other law enforcement officials from the Lower Mainland.

There have been 10 shootings in Metro Vancouver in recent weeks, many of them during daylight hours, and two in mall parking lots filled with vehicles and pedestrians.

Access to Vancouver's airport was restricted Sunday after Karman Grewal, 28, was gunned down outside the departure terminal. Police roadblocks, air support and even a running gun confrontation with an RCMP officer couldn't stop the suspects.

The police chase of a suspected getaway car ended when an occupant of the vehicle fired at officers, striking the cruiser's windshield without harming an officer, they said.

McDonald said no officer wants to stop a pursuit, but they had to consider the risk to others after the suspects showed a willingness to resort to "blatant acts of violence."

"Unlike the movies, when bullets start to fly they eventually stop somewhere. And tragically, like we've seen in this most recent shooting in Burnaby, there was an innocent bystander that was impacted by that violence, and we can't take that chance to allow a gun battle to rage through the streets."

Grewal was one of five men named by RCMP as targets of shots-fired incidents in a 2017 news release. Although they were victims or intended victims, the Mounties believed the men to be a risk to public safety because they refused to speak with investigators.

Police cautioned anyone from interacting with Grewal and the others because of their status as targets.

Ahmed Tahir has been charged with first-degree murder for the shooting in Burnaby on Saturday that left Toni Dalipi, 19, dead and injured the bystander.

Dalipi died in hospital and the bystander was treated for gunshot wounds that aren't considered life-threatening.

"This individual is an innocent victim and he just happened to be at the wrong place at the wrong time," said Dave Chauhan, officer in charge of the Integrated Homicide Investigations Team.

Officers have linked both shootings to the gang conflict or "criminal affiliations" but declined to say exactly which gangs are responsible.

Police agencies across the Lower Mainland are working together and sharing information, but they may be legally bound not to identify victims or suspects publicly before they are charged, McDonald said.

Many of the suspects in the gang conflict are well known to police and there are ways police can "get on them," he said, for example by watching closely for breaches of court orders such as curfews, driving prohibitions or firearms prohibitions.

When officers see a breach, they will make an arrest, he said.

"We will do everything we can within the limits of the law to put a wet blanket on the activities of these individuals and we will do it in concert," McDonald said.

Representatives from the police agencies plan to meet Tuesday with Mike Farnworth, B.C.'s minister of public safety and solicitor general, to lay out their plan to crack down on the gang conflict.

The Opposition Liberals said the recent shootings have frightened residents and in the legislature Monday they demanded the government hire more officers to keep people safe.

“From outside of Vancouver restaurants to Delta parking lots, to outside a Toys "R" Us in Langley, gang violence is exploding in the Lower Mainland and British Columbians are scared and want to know what this premier is going to do to keep them safe,” said Liberal Trevor Halford, the Opposition’s mental health and addictions critic.

He said there are 200 police vacancies around the province and the government must fill them to fight gang violence.

Farnworth said the government has increased funding for police teams, raised the budget by 15 per cent for the homicide team, hired four additional prosecutors who specialize in gang cases and introduced a security program to protect witnesses in gang-related prosecutions.

“I can tell you what we are doing is working very closely with police agencies right across the province to ensure that they’ve got the resources they need to get the job done,” he said.

“The upsurge in gang violence that we have seen, which periodically happens in this province, is absolutely just despicable and the events we saw on the weekend are just a heinous criminal act committed by people who just have no regard for the public safety or for lives or for themselves.”

President Brian Sauvé said in a statement that active officers in the Lower Mainland, including those from the Integrated Homicide Investigations Team, are being recruited to an "inactive potential future police service."

"Now is not the time to be removing scarce resources from active service in the Lower Mainland," he said.