MELBOURNE, Australia — Toronto's Sharon Fichman is heading to the women's doubles quarterfinals at the Australian Open.
Feb 15, 2021 2:48 AM By: Canadian Press 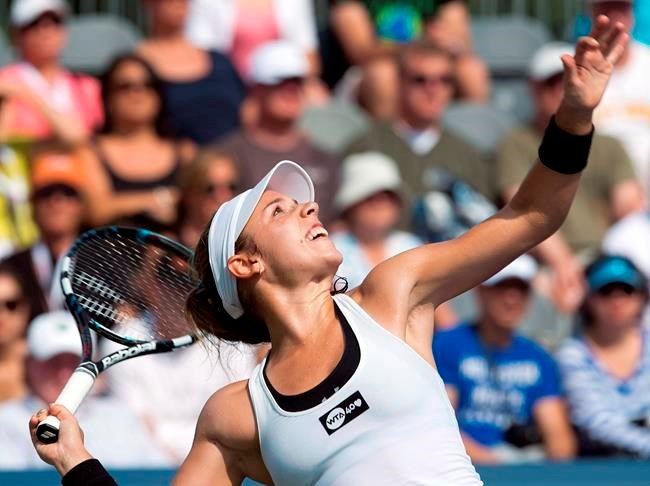 MELBOURNE, Australia — Toronto's Sharon Fichman is heading to the women's doubles quarterfinals at the Australian Open.

Fichman and Giuliana Olmos of Mexico beat Canadian Leylah Annie Fernandez and Great Britain's Heather Watson 6-3, 6-2 in the third round on Monday.

Fichman and Olmos lost both opening games of the two sets played, but didn't trail at any other point in the match. They needed 45 minutes to win the first set, and only 32 minutes more to win the second set.

It's the first time the 30-year-old Fichman has reached the quarterfinals of any major tournament in her senior career. She won the 2006 Australian Open junior women's doubles final with Russian Anastasia Pavlyuchenkova.

Fichman also hadn't won a match at a Grand Slam since 2014 before the Australian Open.

Fichman and Olmos will face against No. 3 seeds Barbora Krejcikova and Katerina Siniakova of the Czech Republic in the next round.

Fernandez, from Laval, Que., also lost in the opening round of singles play at the Australian Open last week.

Meanwhile, Ottawa native Gabriela Dabrowski and her partner, Mate Pavic of Croatia, have advanced to the mixed doubles quarterfinals of the Australian Open after a 7-6, 7-5, 10-3 tie breaker win over American Bethanie Mattek-Sands and Great Britain's Jamie Murray.

Dabrowski is seeking her second ever mixed doubles title at the Australian Open. Along with Pavic, she won the 2018 edition of the tournament.

Dabrowski and Pavic will play the duo of Barbora Krejcikova of the Czech Republic and American Rajeev Ram in the third round.

Canadian basketball player may be forced to choose between daughter, Olympics
Jun 24, 2021 1:05 PM

Woodbine Entertainment to celebrate Canada Day with some fans in stands for races
Jun 24, 2021 1:02 PM