The vast majority of dog owners are responsible and pick up after their furry friends.
May 13, 2021 11:50 PM 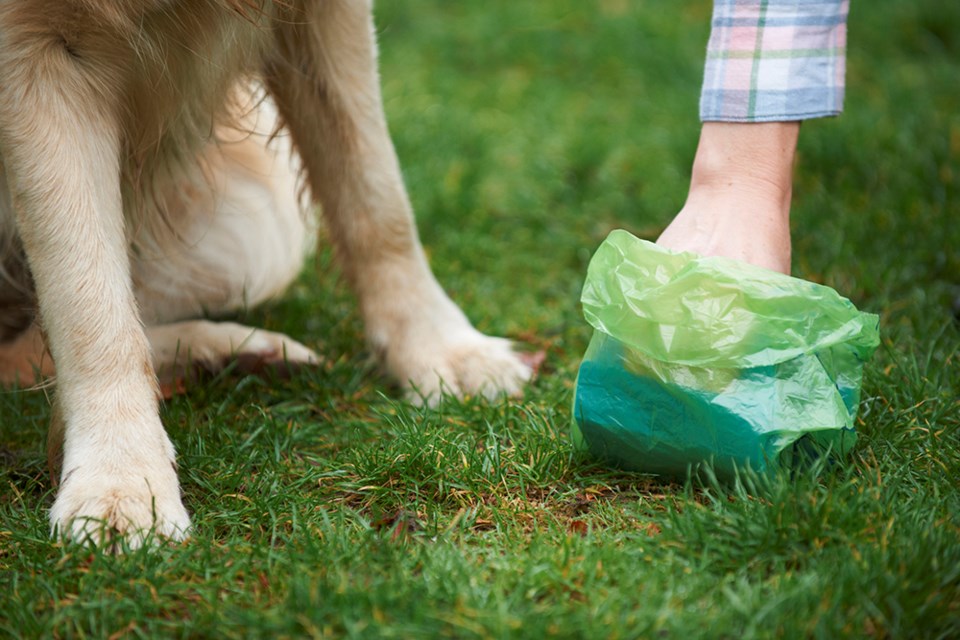 Nothing affects the pleasure of a walk in the great outdoors like the sudden presence of a pile of poop, and then another pile, and another.

No, this isn’t about bear scat. Bears have no owner to pick up after them, although some caring residents remove those piles from the street or sidewalks on occasion, much to the appreciation of those who may drive/ride/step into the messes.

Dogs are a different matter. Someone is responsible for them. The vast majority of dog owners are responsible and pick up after their furry friends.

As always, a few ruin it for others, resulting in the problem being discussed at a city council meeting. Actually, considering the amount of pet poop accumulating on some city sidewalks and boulevards, as well as popular trails, it likely involves more than a few, unless the same dogs/people are walking the same routes daily, and making multiple deposits along the way.

It’s part of the deal. For all the love and happiness dogs provide, they need to do their business, and if it’s not on the property where they live, then their owner, or whoever is walking them, needs to pay for that affection by picking it up.

Does city council really need to address the responsibility of dog ownership? The plastic bags aspect, sure, that can be a discussion. But someone who ignores their pet’s mess isn’t going to start picking it up because new receptacles are added near trails, or there is a central location to drop it off at.

They’ve made up their minds. They are superior. They are too good. They don’t care.

Convincing neighbourhood cats to stop defecating in garden beds has a better chance of success.