Opinion: Trudeau is just itching to call a pandemic election 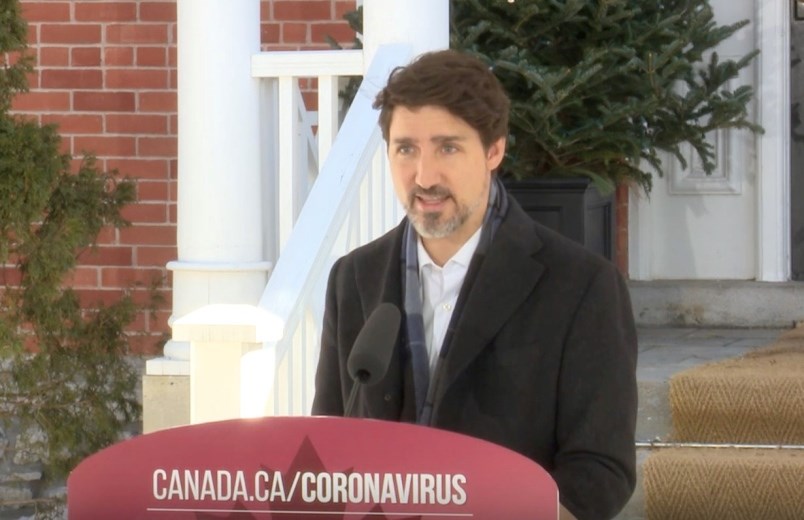 Even though this country’s COVID-19 vaccine rollout has been anything but impressive, do not rule out a pandemic federal election this spring or early summer.

Prime Minister Justin Trudeau has had numerous opportunities to rule an early vote out but has yet to do that. His standard answer is along the lines of, “We don’t want an election.”

Publicly, he may insist he does not want one. Internally, however, there appears to be no question the federal Liberals would love to strike when the pandemic poker is hot.

The experiences of the pandemic elections in B.C., Saskatchewan and New Brunswick makes it tempting for Trudeau to find some way to trigger another vote.

In each province, incumbent governments were returned with strong majorities, which is exactly the outcome Trudeau is hoping for whenever he next tests the electorate.

Many voters seem to be wary of “change” in this pandemic and are looking at incumbent governments as lifelines, not as political animals.

It is obvious opposition parties are struggling to be heard in a pandemic that has turned politics on its ear and, in some cases, has vanquished them (the one exception may be in Alberta, where Premier Jason Kenney’s struggles have given unexpected life to the provincial NDP and its leader, former premier Rachel Notley).

Last fall’s election campaign in this province was a stark reminder of how much has changed on the political front.

There essentially was no “campaign” in the traditional sense. Gone were the rallies of supporters and a series of events that can develop a “buzz” amongst the electorate.

Instead, party leaders were reduced to standing in front of a microphone maybe once or twice a day and talk to reporters over a telephone line. It was not a way to build excitement, which Opposition parties need to do if they want to convince enough of the electorate to embrace “change” in government.

Trudeau knows this. He knows that once the writ is dropped, it will be difficult for Conservative leader Erin O'Toole and NDP leader Jagmeet Singh to generate a lot of news coverage that penetrates through to the voters.

Of course, it is still unclear how Trudeau can trigger an election. O’Toole has said he will not vote them out and the NDP may have the most to lose from any early election (the Liberals have invaded enough NDP policy territory to potentially crowd that party off the stage in a number of ridings).

Then there is the vaccine rollout, or non-rollout.

Until we see a vaccine dose administered to literally millions of Canadians, Trudeau would be foolish to force an election. A backdrop of impatient Canadians waiting for a vaccine would make it seem like the federal Liberals favour electioneering over making people safe, and that spells political disaster.

However, once those vaccines begin arriving in massive amounts, Trudeau’s election trigger finger will bound to become itchier. If all goes as planned, those doses should start arriving soon, which opens the election window.

The lesson learned from B.C. Premier John Horgan’s decision to call an election when one was not required has reverberated across the country. Trudeau will no doubt be looking for the exact same result later this year.