Legion makes changes due to pandemic 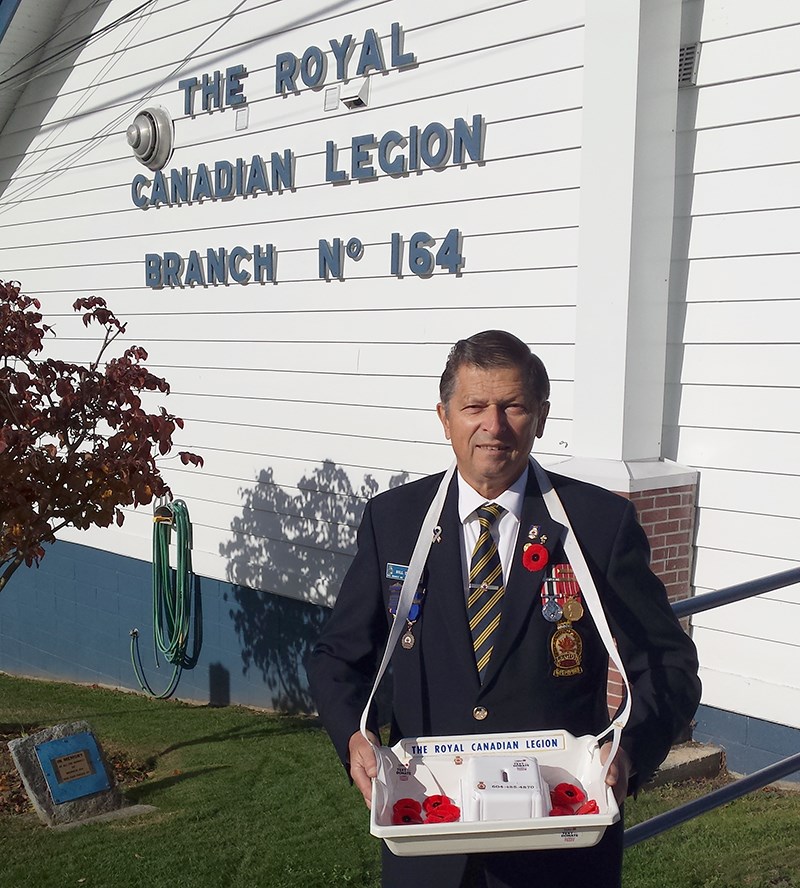 COVID-19 has affected many organizations since the initial lockdown in March, resulting in cancellations or changes to community gatherings, sporting events and fundraisers.

An annual Royal Canadian Legion Branch 164 event is the latest to require major changes, not only to a fundraising campaign, but also to traditional gatherings and a ceremony held on November 11.

“Due to the COVID-19 pandemic, our annual poppy campaign and Remembrance Day will not be like it has been in the past,” explains poppy committee secretary/treasurer Karen Crashley. “We will be delivering small trays, poppies and tins to the various businesses who agree to take them again this year.”

Deliveries will take place on Friday, October 30, the first day of the 2020 poppy campaign.

“We will not be putting veterans or Legion members into the usual businesses to carry poppies as we have in the past,” adds Crashley. “This usually took place on the first Friday and Saturday in November.”

Veterans and members will not be attending area schools this year. In previous years students have participated in the Legion’s poster/literary contest.

“We encourage them to participate again this year,” says Crashley.

Services traditionally held at Willingdon Creek Village, Extended Care Unit and Kiwanis Manor have also been cancelled. Further cancellations due to COVID-19 restrictions include the breakfast and lunch for veterans and parade participants provided by Save-On-Foods in the Legion’s lower hall on November 11, and the bus provided by City of Powell River to take veterans into Townsite as there will be no parades or a service in Dwight Hall.

“We will be conducting a solemn service at the Cenotaph at 11 am to commemorate the 75th anniversary of the end of World War II and all the veterans who sacrificed so much,” says Crashley. “In accordance with BC health guidelines, in order to maintain a minimal number of people and allow for social distancing, this service will be by invitation only.”

A limited number of wreaths will be placed at the Cenotaph prior to the service, according to Crashley.

“The program will be as it has always been with the Last Post, two minutes of silence, Lament, The Rouse, the act of remembrance and prayer,” she adds.

Crashley says a special block will be placed on the Cenotaph, as in past years, for people to deposit a poppy after the ceremony as a remembrance of those who have served our country and community.

“Our Legion will be open as usual but there will be no remembrance activities held there in the afternoon as there have been in the past.”