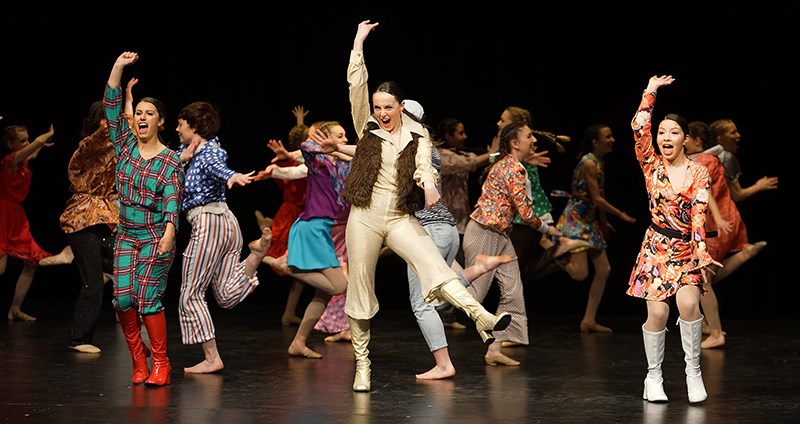 So much has changed since the 2020 Powell River Festival of the Performing Arts took place in late February and early March of this year.

Just days after the Grand Concert, this community and the rest of BC shut down to deal with the COVID-19 pandemic.

“The world is adjusting to a new normal and so is our festival organizing committee,” says treasurer Jan Gisborne. “We have had two meetings where we envisioned how our 2021 festival will look. A decision was made that there will be a festival and it will be a virtual or hybrid, one based on the current situation with COVID-19 after Christmas.”

There will definitely be changes from the usual festival format. Plans are evolving and will follow all public health protocols.

The committee has engaged Sea Panda Productions, owned by Peter Harvey, to video all the performances, which will be forwarded to adjudicators.

“We have received suggested guidelines for online adjudicating from the Canadian Music Festival Adjudicators’ Association,” explains Gisborne, “and we’re reviewing them in respect to our festival.”

Adjudicators will be asked to send by their written or video adjudications back to participants along with recommendations to Performing Arts BC (PABC) festival.

“All performers recommended from our 2020 festival have been invited to attend the 2021 provincials along with those from 2021,” says Gisborne.

The festival committee has begun to put together a list of possible adjudicators and will be contacting them soon to outline changes that will be implemented for next year’s event.

PABC is holding its annual general meeting this month with representatives from festivals around the province attending virtually.

Gisborne says there will be a sharing of information that will be helpful for all festival organizers. She adds that committee members anticipate there will be fewer entries for next year’s festival but they are determined there will be opportunity for all performers to participate who wish to do so.

“Our school teachers are working through changes in their classrooms during these unprecedented times, and we know they have many things to deal with,” says Gisborne. “As schools enter choirs and speech arts groups, we know it is unlikely we’ll have them participating next year.”

Registration will open after Christmas and the committee will know specific numbers after it closes.

“No matter what the numbers, we will make sure that everyone who wants to participate will have that opportunity,” says Gisborne.

Laszlo Tamasik Dance Academy will be registering individual, duets, small and large groups in the festival, according to owner Paige Anderson.

“In November we also will be participating in a live-streaming competition as well,” says Anderson. “Everyone is looking at how to hold events virtually during the pandemic.”

Assumption School kindergarten teacher Angela Devita says she will take advantage of the festival’s opportunity. Assumption has always had a strong component in speech arts. Devita participated in the festival herself for many years, earning honours in that category.

“If it’s available for our students, I will be supportive for sure,” she says.

An initial letter is being sent out to teachers stating there will be a festival in 2021 so they can prepare their students if there is a desire to participate.

“After all the performances, Sea Panda Productions will work with our committee to put together a Grand Concert that will be available for viewing on YouTube,” says Gisborne. “Our festival will happen for the 77th time in 2021 and will adapt to our current pandemic world. We’ll keep everyone updated as planning proceeds.”