2021 program is a curated cinematic journey 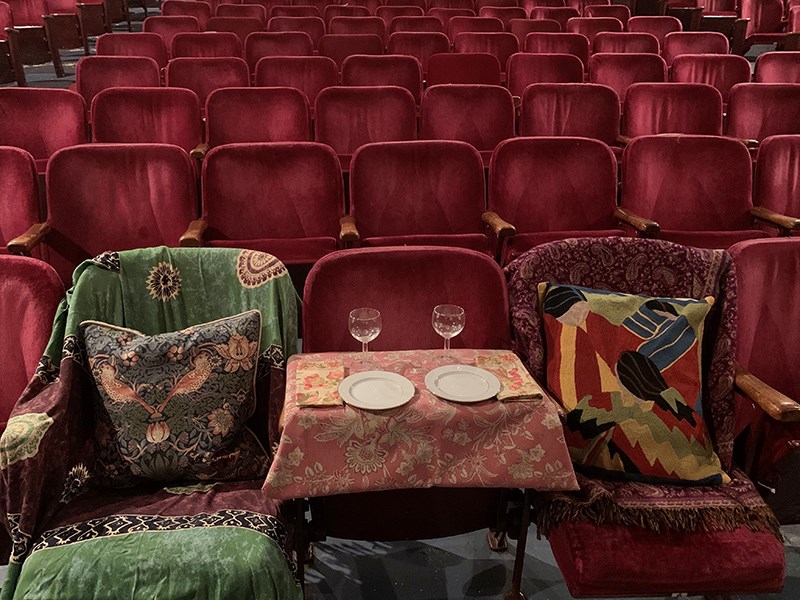 “They don’t call me the film fanatic for nothing,” explains Gary, adding that the lead-up is another one of the “challenges of 2020.”

The film festival runs from February 5 to 16, 2021, at the historic Patricia Theatre. The first Powell River Film Festival (PRFF) took place in 2002.

“It was held in the Grand Hall at Brooks Secondary School as the Reel Love Film Festival,” adds Gary. “In 2004, Friends of Film Society of Powell River was incorporated under the BC Societies Act, and in 2005 the organization was registered with the Charities Directorate of Revenue Canada.”

In 2012, the society moved its screenings to the Patricia Theatre, where it continues to host the annual film festival.

“Friends of the Historic Patricia Theatre Society has been working to help preserve and restore the Patricia Theatre [in operation since 1913 – the longest running movie theatre in Canada] as a vital community cultural amenity since 2004,” says Gary.

The two organizations amalgamated in June 2019 as the Powell River Film Society and the mandate of the society was updated to include maintaining a facility to deliver programming. To ensure the theatre experience in the community for generations to come, the society entered into a purchase agreement to buy the building from the Patricia Entertainment Company Ltd.

“This agreement for sale assures tenure in the property and continuity for the community,” explains Gary. “The amalgamation of the two nonprofit societies was critical to solidifying our commitment to preserving the cinematic experience in Powell River.”

Now in its 20th year, PRFF develops programming to connect local stories with stories from around BC, Canada and the world, according to Gary.

“Films are selected from recently released works by a range of local, Canadian and international filmmakers,” he says. “Relevance of subject matter, artistic merit, production values and creativity in presentation are weighed carefully to cultivate a unique cinematic experience at the festival.”

Due to COVID-19, the Patricia Theatre has been closed since March 17. In planning for the upcoming film festival, Gary says a certain amount of optimism has been required.

“How can we make only allowing up to 50 people in the theatre a positive?” he adds. “That was the question rattling around in my head. And what will we do if a lockdown is in place during February?”

The answer to the first question is something called bistro seating.

“With it, your private spot is reserved for the whole festival; pass holders personalize their seat with covers, blankets and pillows, and enjoy concession services delivered by festival volunteers,” says Gary. “With only 50 people in the theatre, you’re socially distanced and comfortable.”

Each film will be screened daily at 11 am, 3 pm, and 7 pm, with reserved seats staggered for safety and comfort. Admission is by pass only and no individual tickets will be sold.

For those who would prefer to stay home (or if health authorities instruct organizers to), Powell River Film Festival will also have an online version in 2021. Most of the films will be the same as in the theatre with a few exceptions.

“Unlike other festivals that offer a large number of films to choose from, we take a curated approach to ours, often along a theme,” says Gary, while citing the uniqueness of PRFF.

Early bird pricing for passes to the Patricia Theatre continues until December 31 (adults $80 and seniors $65). Online passes and tickets will be sold in the new year.

“Passes can be purchased in person at the Town Centre mall next to the post office on Fridays and Saturdays from 12 to 4 pm or at prfilmfestival.ca,” says Gary. “Show your support and buy a pass; it’s time to get back to the historic Patricia Theatre.”