Premier says he had hoped province would be further along in vaccine rollout by now
Feb 10, 2021 3:20 PM By: Tyler Orton 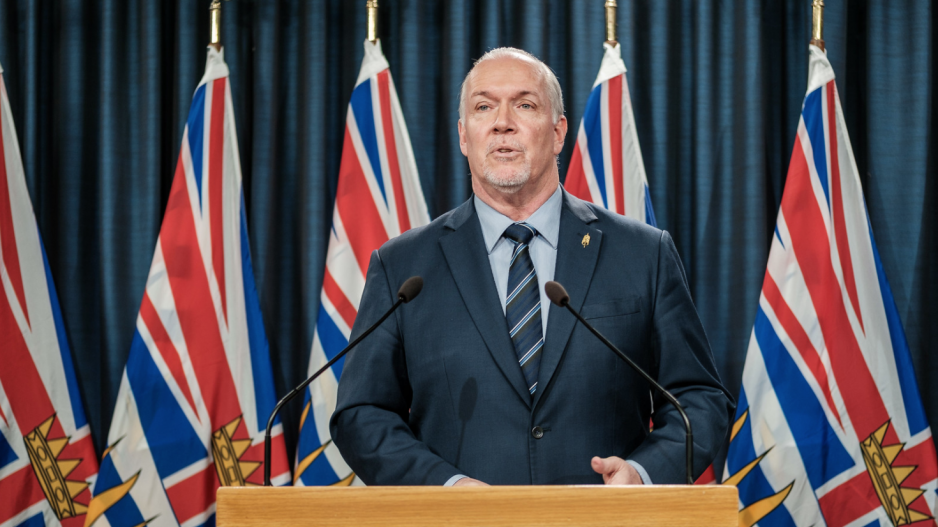 Premier John Horgan is calling on British Columbians to be a “good neighbour” and help seniors register for vaccinations against COVID-19.

Residents 80 years old and up are next in line to receive vaccinations after vulnerable populations and workers most at-risk of contracting the novel coronavirus are inoculated this month.

Provincial health officer Dr. Bonnie Henry said on Monday that elderly residents would be receiving vaccination instructions “in the coming days and weeks.”

The province will open pre-registration two to four weeks before someone is eligible for an appointment.

Those looking to pre-register will be able to do so via phone, mobile device or computer, however, the finer details still remain sparse.

Horgan said Wednesday (Feb.10) he’d like to see British Columbians reach out to elderly or isolated neighbours with limited access to technology and in need of assistance with planning their vaccinations.

“I'm hoping that you'll contact your elderly neighbor, let he or she know that vaccines are on the way and help them register, help them get to a clinic. That will be well advertised,” he told reporters.

“I'm hopeful we'll see a positive vaccine rollout in the very near future. We were hoping to be well advanced at this point. Events beyond our control have put us back a little bit, but we have confidence that the commitments from the federal government for Pfizer vaccines this week, and next week and beyond will get us on track.”

Canada is facing ongoing vaccine shortages amid delivery delays from both Pfizer and Moderna Inc. — the only two manufacturers with COVID-19 vaccines approved for use in the country.

No Pfizer shipments arrived in the country the last week of January, and Canada is only receiving 82% of the previously expected deliveries for the weeks of Feb. 1 and Feb. 8.

Earlier this week, Health Canada approved the use of extracting six doses per vial of Pfizer vaccine using specialized syringes.

Five doses had previously been the norm.

As of Tuesday, Maj.-Gen. Dany Fortin, the vice-president of logistics and operations at the Public Health Agency of Canada, was not able to confirm the number of Moderna doses set to be delivered the week of Feb. 22 following delays the preceding three weeks.

Federal officials have repeatedly said they’ve received assurances from the manufacturers the country is still on track to receive the previously guaranteed doses — six million between the Pfizer and Moderna — by the end of March.

Vaccinations for the broader population are set to roll out beginning in April, as will an expected increase in delivery of Pfizer and Moderna vaccines.

After elderly British Columbians 80 and above, Indigenous seniors over the age of 65 and other hospital staff receive vaccines by the end of March, the province will move onto those who are 75-79 years old.

Vaccinations will then carry on in descending five-year age brackets.

Mobile clinics, in-house visits and digital records are set to play a critical role in the province’s efforts to administer doses to 4.3 million eligible British Columbians by the end of September Those under 18 are not yet eligible but that may change as more vaccines are approved.

The current timelines are based only on the availability of Pfizer and Moderna vaccines, however, Canada has secured orders with additional manufacturers that be may granted regulatory approval in the weeks and months ahead.

Clinics will be set up beginning in March across 172 B.C. communities in partnership with municipalities, businesses and volunteers.

At peak immunization capacity, the province will be relying on 715 full-time immunizers across all five health regions as it seeks to administer about 100,000 doses per day.

Mobile sites will also be deployed where necessary and home visits will be made possible for those unable to attend clinics.