Let's Talk Trash: Return it and get cash

We all know it’s better to toss something into the recycling bin instead of the trash, but a little incentive beyond simply doing what’s right doesn’t hurt.
Jun 4, 2019 6:00 AM By: Let's Talk Trash Team 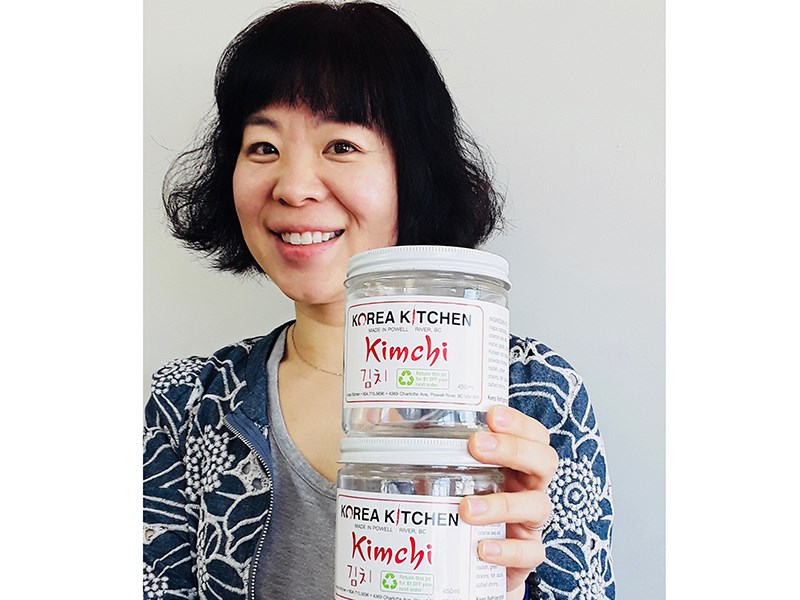 Powell River resident Mara Park holds her homemade Korean Kimchi. The $1 deposit charged per container can be redeemed at stores where her product is purchased. Mara sterilizes and reuses the returns. Ingalisa Burns photo

We all know it’s better to toss something into the recycling bin instead of the trash, but a little incentive beyond simply doing what’s right doesn’t hurt. This is the motivation behind the deposit system on some food and most beverage containers, but how effective are these programs?

When it comes to drink containers, the Return-It program, operated by the non-profit Encorp Pacific, is very successful.  More than 75 per cent of beverage containers with eligible deposits are returned for cash, with aluminum cans seeing the highest return rate at 80 per cent.

The deposit return system is so effective that City of Vancouver has sponsored and supported an annual test case with single-use coffee cups organized by Binners’ Project to see if more would be returned for recycling for a five cent deposit. The results in October 2018 were impressive to say the least, with more than 86,000 disposable coffee cups being collected by 150 binners in just three hours.

So, imposing a small deposit fee could be a great way to manage some items from overflowing garbage cans and littering side streets. It’s better still to take advantage of the discount you get at most cafés for bringing in your own reusable cup.

The beverage deposit system is part of what’s called an extended producer responsibility program (EPR), which makes producers of packaging responsible for the recovery and recycling of their product’s packaging at the end of its life. In reality, costs are of course passed on to the consumer, but at least it does see recyclables diverted from our landfills and either reused or recycled.

Some local businesses are getting onboard and applying their own, sometimes hefty, container deposit fees. All of these one-off programs are doing this to collect and then reuse their packaging.

Unique glass bottles, in particular, are costly for businesses to invest in, and often a pain to get. Besides, recycling glass is energy intensive and instead, bottles could be reused a dozen times or more with only cosmetic scratches. Local producers find sterilizing and reusing bottles a great alternative to reordering. These individual programs, however, do not have great participation rates because customers need to return the bottles to a store where the product is sold, rather than the one-stop shop Return-It bottle depot on Duncan Street in Powell River.

Some local examples of bottles that should be returned to individual stores for deposit include items such as beer, kimchi, milk, cream and beauty products, like face cream.

A great habit to get into is rinsing deposit bottles as soon as they’re empty and storing them in a box near your door. Then, you can easily grab the ones you are replacing just before you head to those shops.

Some recycling depot staff and binners in town are also happy to return one-off deposit containers to individual stores in bulk for you.

If you support farmers’ markets, ask vendors if they would like their bottles back; some don’t charge a deposit, but would be delighted to see their bottles returned for reuse.