Organization is looking at ways of reaching out beyond the bricks and mortar location to tap into more visitors
Feb 18, 2021 3:18 PM By: Paul Galinski 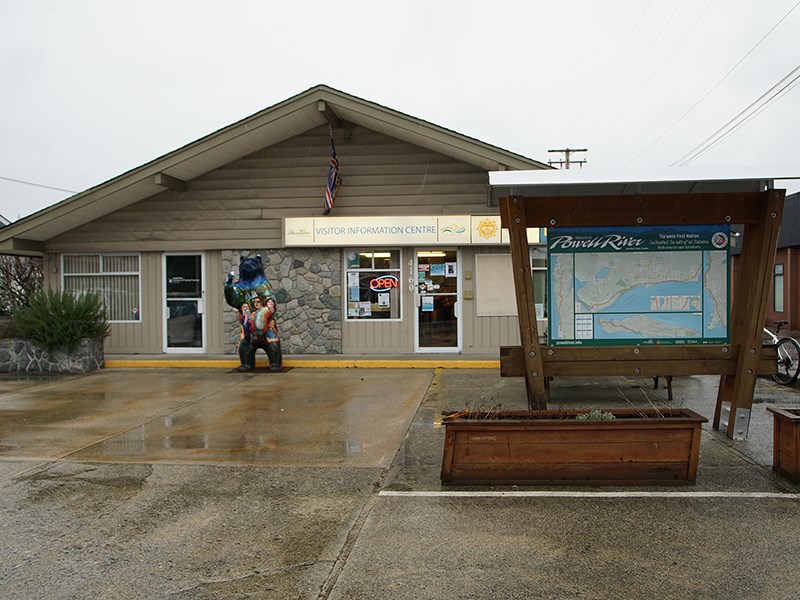 LAUNCHING APP: Tourism Powell River is applying to Island Coastal Economic Trust for economic support for a two-year pilot for a visitor app. The organization has approached qathet Regional District directors for a letter of support for the project. Peak archive photo

Tourism Powell River is planning to launch a visitor app to showcase business and tourism assets throughout the qathet Regional District (qRD) region.

At the February 11 qRD committee of the whole meeting, Tracey Ellis, executive director for Tourism Powell River, outlined the app to regional directors, seeking a letter of support for the project.

Ellis said Tourism Powell River is working on a proposal to develop a visitor-oriented app. She said the organization is looking at ways of reaching out beyond the bricks and mortar location to tap into more visitors.

“We want to be able to connect with them when and where they are,” said Ellis. “We have been quite convinced that an app is an opportunity to do this.”

Ellis said there is good Tourism Powell River website access at gopowellriver.ca, with the new version having gone up in October, which has had 44,000 visitors, but that’s because a lot of people are at home right now sitting at their computers. She said when people travel, they are travelling with their mobile devices, so Tourism Powell River wants to make sure it is connecting with these visitors.

Ellis said Tourism Powell River was able to find an app developer in Squamish. She said a letter of support is being sought from qRD so an application can be made to the Island Coastal Economic Trust (ICET). Tourism Powell River has funds set aside for the app development but is looking for support from ICET to get the project up and running.

The proposal is to run an app pilot project for two years.

City director George Doubt said it looks like an interesting app and he sees a lot of uses for it for economic development. He asked if people wanted their business to be featured on the app, is there going to be a cost for that.

Ellis said there is no cost at all.

“It is all-inclusive,” said Ellis. “Part of the build is putting all of those businesses in that want to be included without any cost.”

Doubt asked if the grant would pay for all of that; Ellis said that was the case.

Electoral Area A director Patrick Brabazon said he sits on the North Island-Sunshine Coast Regional Advisory Committee of ICET. He asked Ellis if she is entirely happy with the proposal that is going to be made, given the conditions ICET has laid before her organization.

Brabazon said if the regional board sends a letter of support, he will have an opportunity to speak, but he will not be voting when ICET deliberates over the proposal.

Electoral Area C director Clay Brander said he is in support of the project.

“It’s a fantastic opportunity, especially for small businesses,” said Brander, adding that he is in favour of the board writing a letter of support.

“Is this going to incur a long-term financial obligation on Tourism Powell River?” asked Fall.

Ellis said the project is a two-year pilot so Tourism Powell River can look at the statistics and make decisions from there. She said a two-year contract is all that has been contemplated initially. She said tourism is successful in selling advertising and that is where a revenue stream could come from, possibly, in the future.

“After the two years there would be a report,” said Ellis.

At that point, if it is deemed a success, a financial model can be built, according to Ellis. Or, new innovations could come along.

“Technology moves so fast and we have to be able to change gears and move quickly,” said Ellis. “We want to be at the head of the curve.”

Fall moved that the committee ratify the provision of a letter of support to Tourism Powell River for the purpose of developing a regional tourism app.

Electoral Area D director and committee chair Sandy McCormick said she is in favour of the motion and applauded Tourism Powell River for moving forward.

“We have to keep up,” she added. “We know how valuable the apps are and how well used they can be.”

The committee carried the motion for the letter of support.