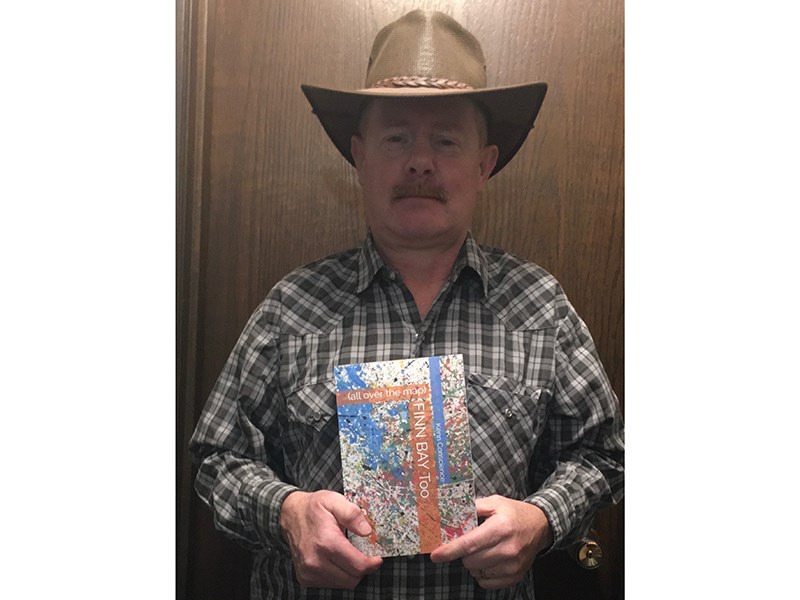 Sunshine Coast author Ken Custance has just released Finn Bay Too (All Over The Map), the second book in his trilogy, which is a follow-up to Finn Bay (The Beginning Of The End Of The Road), which was published in 2017.

“The original novel was intended to be a standalone, however, I really enjoyed the characters and I thought that maybe the readers would like to know what happened to them,” said Custance.

The first novel was set in Finn Bay in Lund during the late 1960s and is told through a series of flashbacks. Custance was born in Finn Bay and spent some of his childhood there before moving around BC, eventually settling back on the west coast in Sechelt.

He describes his trilogy as a “mystoir,” which is a mystery wrapped up in a memoir. Anyone familiar with the area will recognize all the local references from Lund to Vancouver.

The first book follows the main character from school age to graduation, while the second book picks up with the characters getting older in the 1970s and moving out of adolescence. Mysteries and events of the past continue to plague the characters as they come of age.

It took him three years each to write the first two books but the final book in the trilogy is coming along much quicker. He said he is one-tenth of the way through it and already has the direction planned out.

“I’m a lot more disciplined with the third book,” he said. “I get up every day at 5 am and write for two hours.”

He said the third book will have a sinister underbelly in keeping with the undertones of the first two.

The idea for the first book initially started in 1980 but was only revisited a few years ago.

“Life happens and things got in the way,” said Custance.

Now the father of five and grandfather to one granddaughter, Custance spends his time working on his latest novel, writing poetry and music. He describes himself as a lyricist and not a musician. He wrote the lyrics to the song “BC Ferries Blues” which can be viewed on YouTube. His first book was a children’s book called Learn that actually started out as a song.

When he finishes his latest novel he said there may be time and opportunity to release a book of poetry. He said there are always ideas running around in his head.

This past week Custance met with a movie producer and now there is a screenplay in the works for the first book. He will be writing it and seeing where that takes him.

Custance self-published Finn Bay Too (All Over The Map) and Finn Bay (The Beginning Of The End Of The Road) online through Amazon. The second book in the series is available at Pollen Sweaters in Lund or online at Amazon.