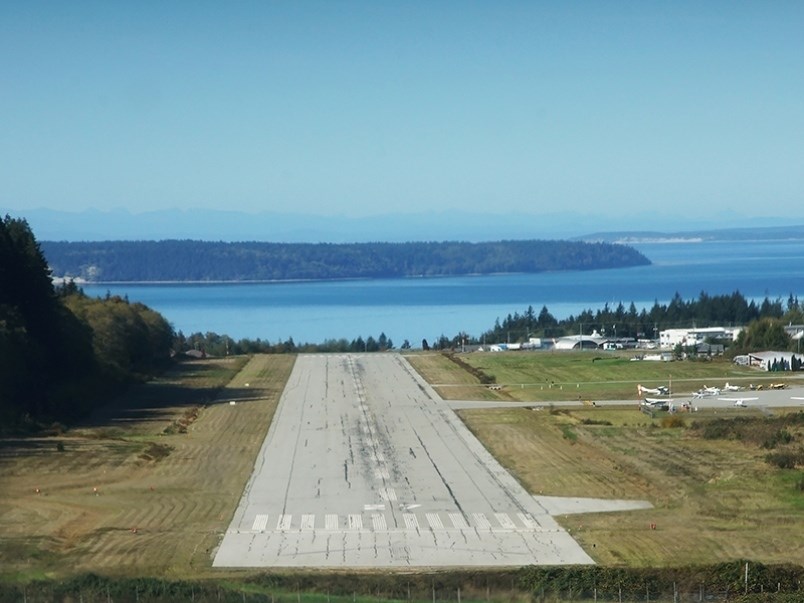 APPROVES STRATEGY: Powell River Airport’s master plan for the next 25 years has been adopted by city council. The plan outlines a number of strategies for the coming years. Paul Galinski photo

City of Powell River Council has approved its airport master plan, which spans from 2020 to 2045.

At the January 21 city council meeting, councillor Jim Palm said at the direction of city council, in 2018, the city applied for funding from the BC rural dividends fund to formulate a master plan for its airport. He said the primary goal in formulating the plan is the creation of a 25-year vision for managing and operating the airport in a safe, secure and efficient manner. He said it is also to maximize future operational capabilities, commercial revenues and achieve ongoing financial viability.

“I am happy to report that we applied for funding and were successful in receiving a grant for $64,000 from the BC rural dividends fund, with the city’s contribution of $16,000,” said Palm. “The city hired Stantec Consulting Ltd. to do the work, which began in August of 2019. They came back and presented some key development projects contemplated for the next 25 years.”

Palm said one was capping and closing of the landfill at the east end of the runway. A second was an obstacle survey and removal of trees penetrating the airspace.

Third, according to Palm, is runway rehabilitation, narrowing the runway to 100 feet, extending it to 1,199 metres or more, with new airport lighting. Airside service roads and airside grading within the runway safety area was also identified.

The fifth feature identified was a small taxiway connecting the new airside lease lot at the northwest side of the airport with the main runway apron. Palm said the sixth was a landside/highway commercial development and servicing along Duncan Street.

The final component was a new air terminal building, landside parking, signage and access improvement, according to Palm.

Palm said now that the public is aware of what this plan’s vision is for the next 25 years, he recommended council approve and adopt the Powell River Airport Master Plan 2020 to 2045.

“It’s a detailed plan and it goes into future projections about what could be done with all of the property on the airport site,” said Doubt. He encouraged people to go on the city’s website at powellriver.ca to read it.

“We’d like a nice airport with a nice terminal,” said Doubt. “The study goes into detail about the heights of various trees and infrastructure around the airport lands. There are different opportunities for economic development and residential development on the property that exists.

“It’s exciting about the opportunities that might be there. It will certainly put us in a good place to take advantage of whatever funding becomes available for preplanned projects.”

Mayor Dave Formosa said it was an excellent report and suggested people read it. He said there is anticipation that the foundation will be laid for one or two of the buildings scheduled to be built at the airport within the next few months.