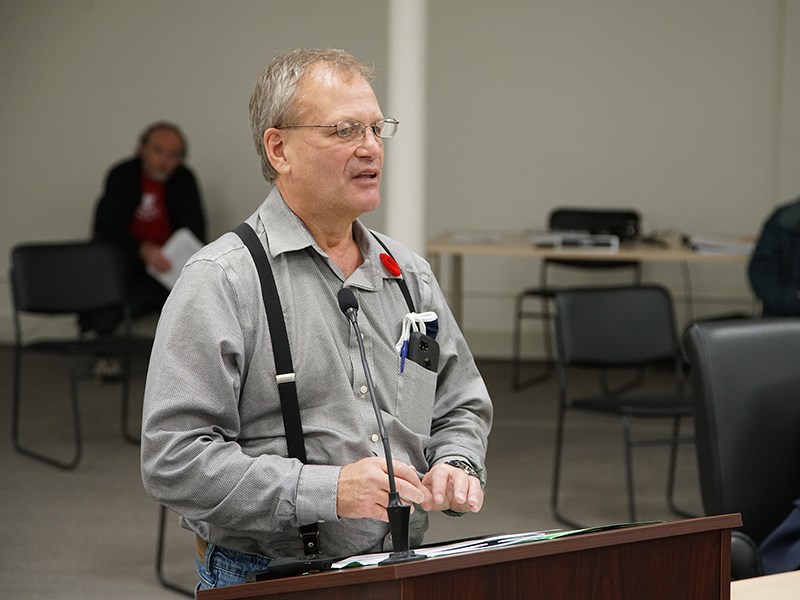 City of Powell River Council will be considering amendments to the building bylaw to establish BC Energy Step Code requirements.

At the November 3 committee of the whole meeting, chief building official Graeme Stewart outlined proposed changes that will introduce the step code, which stipulates energy efficiency in new construction.

Stewart said the focus of his report to the committee is to have council approve an amendment to the city’s building bylaw that will establish the provincial energy step code in Powell River.

“The step code is a new provincial standard that provides an incremental and consistent approach to achieve energy efficient construction,” said Stewart. “The BC Energy Step Code is now part of the BC Building Code. There are five steps to the program. Each step requires an increased energy efficiency and it has measurable and performance-based targets for new construction.

“By introducing the step code to Powell River, we will be requiring new construction to demonstrate energy efficiency code compliance through building energy modelling and airtightness testing. This means builders will be required to work with a qualified energy advisor or energy modeller and projects that use the step code must demonstrate compliance with the appropriate performance targets.”

Stewart said in the BC step code implementation report to the committee dated August 18, 2020, three options were presented and council chose option C, which requires new construction to adhere to step two of the energy step code, or step one of the code with a low-carbon heating system.

“This proposed bylaw to amend the building bylaw will establish council’s decision to implement option C and will come into effect January 1, 2021,” said Stewart.

Mayor Dave Formosa asked if there is anyone local who can do the required testing stipulated under the step code. Stewart said he was not aware of any.

Under the step code, contractors would have to hire an energy advisor to help with the design of the house and the advisor takes over responsibility for having the testing done, which will happen twice, according to Stewart. He said the first test generally happens when the air barrier is complete, and then the house would be tested prior to occupancy.

Stewart said builders will have the option to go to step two of the step code without a low carbon heating system, or they can go to step one, which is no different from the building code, except for the fact that there needs to be an energy advisor and the home is tested.

Stewart said with the low carbon heating system, new homes would not be natural gas-heated. He said that would mean a heat pump or electric heat.

Councillor CaroleAnn Leishman said it is confusing when talking about the steps. She said it is not yet mandatory to bring in an energy advisor but doing so educates the builder and gets them used to going through the process. She said once council brings in and adopts the energy step code, it provides incentive to local people to finish their training as energy advisors. She said there is some local interest in people becoming certified but there is no incentive if the city has not adopted it. She said she is happy to support the initiative to adopt the step code.

Formosa said that he’d had builders call him and they did not want to see the step code brought in until such time that they are forced to by government.

“It’s just more added cost,” said Formosa. “I didn’t have one builder tell me it’s okay. That’s what my dilemma is.”

Committee chair George Doubt said it makes a lot of sense to get ready for improvements in the airtightness and energy efficiency when it’s known that it is going to have to be done, rather than waiting until the last possible minute. He asked about what was required in terms of training to become an energy advisor.

Stewart said an energy advisor has to become qualified through Natural Resources Canada and it involves two to three months of training, two exams have to be written and after that the candidate has to apprentice with another energy advisory for the first year. He said there are also costs involved because the advisor has to purchase equipment and set themselves up as a business.

Palm said he understands the step code only applies to new home construction and not to renovations. Stewart said that was correct.

Palm said he also understands that going to step two or a low emissions heating source adds two per cent to the cost of the home, plus the additional cost of having an energy advisor.

“My concern is more red tape and the stipulations. If we can delay them and help our housing stay stable for as long as possible, that’s a good thing for our residents,” said Palm. “Right now, what is happening in the housing, having talked to realtors, is over half the sales involve out of town buyers. We are pricing a large percentage of people in Powell River out of owning a home and forcing them to rent because of the cost escalation.

Palm recommended delaying as long as possible because of affordability.

The committee voted to send the matter to council on November 19.