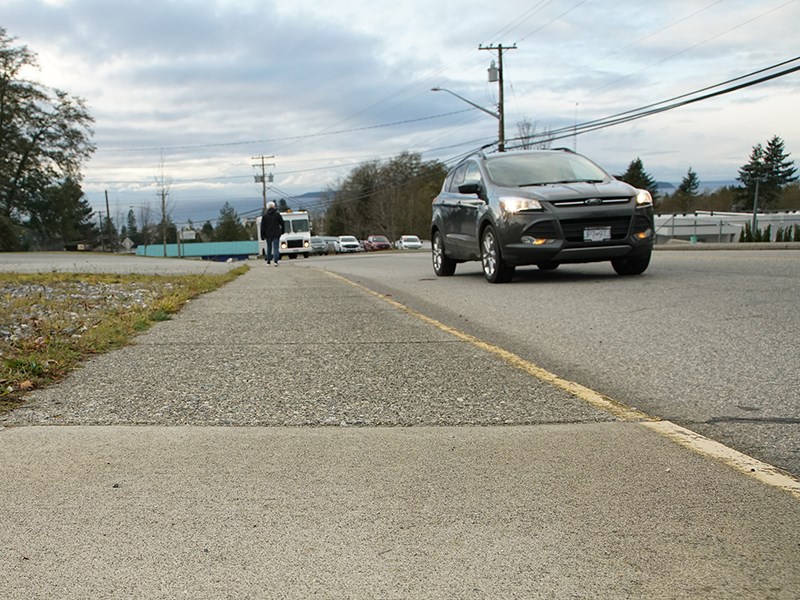 WALKWAY RULES: City of Powell River is considering a sidewalk and inspection policy to set out parameters for how service and maintenance is to take place. Paul Galinski photo

City of Powell River Council will consider a policy for sidewalk inspection and maintenance.

At the November 17 committee of the whole meeting, manager of operational services Rod Fraser provided a report to establish a policy for a system of inspection and maintenance for sidewalks within the city to prevent hazards and focus on general public safety.

Fraser said the city does not currently have a policy. Having a policy will standardize things and provide the city something to fall back on, he said.

“It is recommended by our insurance company that we put together a policy,” said Fraser.

The policy itself talks about concrete sidewalks and creates a level of service for the city to achieve. Fraser said the sidewalks are inspected every year. He said typically, sidewalks would be inspected by staff and a record kept.

“We don’t have anything that gives us a level of service target,” said Fraser. “This policy creates a target. If you look at other municipalities, this is common.”

Councillor Maggie Hathaway said she was surprised the city doesn’t have a sidewalks policy. She said the city receives many more complaints about the state of the roads and she was wondering if there was going to be some sort of policy regarding roads.

Fraser said his department will be looking at that.

Councillor Cindy Elliott said she believes the city needs a sidewalks policy, and concurred about the need for a similar policy for roads.

Committee chair George Doubt said the policy seems to be all about separations and breaks in the sidewalks. He said there was no mention of other factors such as vegetation that might grow up and obstruct the sidewalk.

“I’m asking because when I’ve been driving along Marine Avenue towards the end of summer, I’ve seen a gentleman out busy working with some tools scraping the weeds off the sidewalk that goes along the ocean side,” said Doubt. “There’s no mention of vegetation. Is that something you would consider?"

Fraser said for the purposes of the maintenance piece, it’s clearly covered in the proposed bylaw. He said the piece about maintaining sidewalks as far as weed control, it would fall under a different category. He said it could be covered as an enforcement matter or it could be outlined in a bylaw.

Councillor Jim Palm said in terms of the vegetation, when the city killed pesticides it killed weed control and that’s why there are weeds growing on the sides of the roads. He said weed control is a community effort and residents need to be active outside of their homes, maintaining and cutting down weeds.

Palm said where roads are concerned, to be careful what is asked for because the dollars allocated to road repair don’t go far.

Councillor CaroleAnn Leishman said she was in favour of the policy.

“It’s a good step and I support it,” said Leishman.

The matter will be sent to council for consideration of adoption.