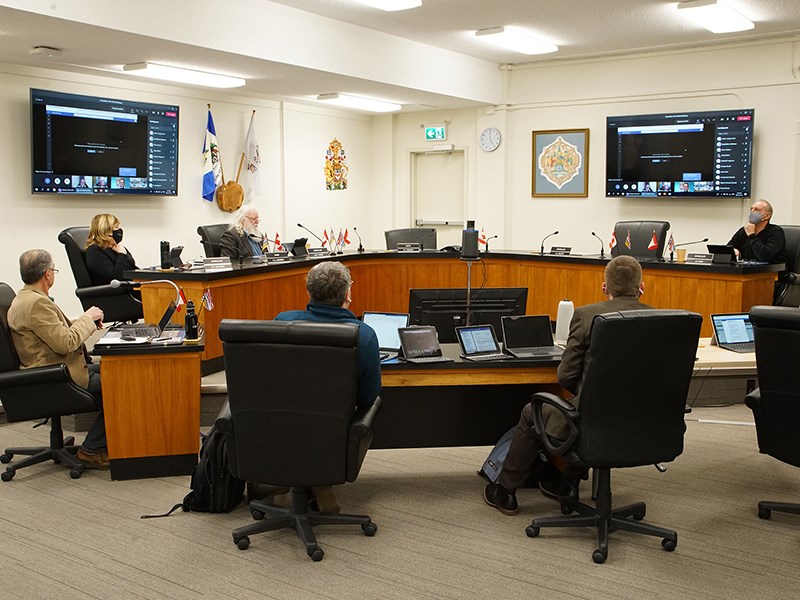 Resignations from city select committees was again a topic for discussion among Powell River city councillors at the February 16 committee of the whole meeting.

Councillors received a letter from Arthur Richards, who expressed disappointment with how council dealt with the topic of resignations following letters from Pat Martin that were reviewed at the January 19 committee of the whole meeting.

“I don’t know how to express my disappointment in being dismissed so offhandedly,” stated Richards in his letter to the February 16 committee of the whole meeting.

“I resigned because I disagreed with a city councillor being the chair, ex-city councillor being the vice-chair, a member of the fire service taking the minutes and a fire chief who was supposed to be there as a resource to answer our questions but was recognized by the chair any time he wanted to join the discussion. I don’t believe this committee was being led and it was nothing but a rubber-stamp committee.”

Councillor Rob Southcott pointed to a term Richards used in his letter, which was that the emergency services facility (ESF) committee was a rubber-stamp committee.

“That really pushes the button for me,” said Southcott. “I had a long conversation with [Richards] on the phone recently and that was good. It was good to hear him out and hear what his feelings were. I don’t know how to describe my reaction to that term but it is clear to me that the committee that we have right now was formed for a very good reason, to ask truly necessary questions.

“It is possible we are not going to come up with really good answers to those questions without doing some innovation. We are very constrained by the way committees work, however. The last time this came up a couple of weeks ago, I made the suggestion that in future, the next time we do something like this, we have an opportunity to look at the terms of reference and see how we actually interpret those.”

“I am so sorry about this rubber-stamp term and I really hope we can stamp that rubber stamp right out in the future,” he added.

Hathaway said regarding a city councillor and an ex-city councillor being the chair and the vice-chair of the committee, there was an election held and Richards voted in favour of acclamation.

Richards refutes this in a subsequent letter to city councillors. He said he attended the February 16 meeting online and when Hathaway said he allowed her to be chair by acclamation, she was “confused.”

“I respectfully request that the city records be updated to reflect the truth of this matter,” stated Richards.

He said he was not present at the meeting where Hathaway was elected chair because he had left for a vacation before the first ESF meeting. Richards said Hathaway’s comments at the February 16 committee of the whole meeting humiliated him.

He added that the spirit of his letter was to ask council to address resignations from various committees.

“I believe you are doing yourselves and this city a great disservice by not analyzing these resignations to determine if the root causes lie with the volunteers or the committee processes,” stated Richards. “The taxpayers deserve to see this problem addressed publicly.

“I believe council shows arrogance and lack of appreciation when it simply dismisses problems like this. I also believe this is a failure of this council, not a failure of community engagement.”

When contacted after the meeting, Hathaway said other letters have been submitted to city council for a coming committee of the whole meeting, so she felt compelled to withhold comment at this time on Richards’ comments in his second letter.

Hathaway, at the February 16 meeting, said the committee recently held a new election and it has a new chair, Jim Agius.

Councillor George Doubt said he had read the first letter from Richards and he noted that he and Richards had a difference of opinion regarding what the effective size of a committee is. Doubt said the two of them could disagree on that. Doubt also said his number is in the phone book and he’s always willing to talk to anybody.

“Give me a call and we can talk about it face to face,” said Doubt. “It’s way quicker than sending letters back and forth to council.”

The committee voted to receive the correspondence from Richards.