BC Transit undertakes analysis in light of request from youth council
Jul 12, 2019 1:00 PM By: Paul Galinski 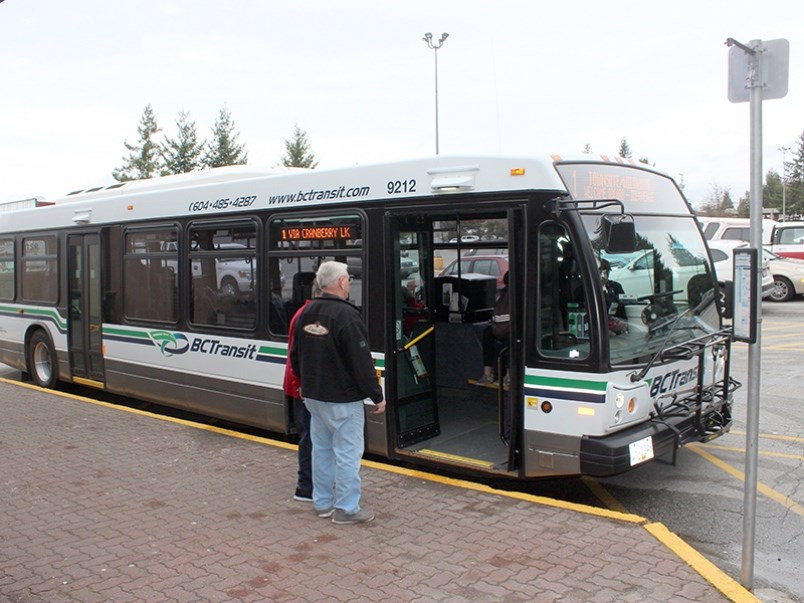 City of Powell River Council is awaiting a report from BC Transit regarding a prospective initiative to offer free transit to Powell River riders.

The suggestion to offer free transit came from the city’s youth council, which recommended at the June 18 committee of the whole meeting that council support a free transit pilot program for summer 2019 where all buses would be free.

At the city council meeting on Thursday, July 4, sustainability planner Ana Lukyanova said action has been taken in response to the youth council recommendation to make public transit free in Powell River during July and August.

Lukyanova said city staff reached out to BC Transit subsequent to the youth council recommendation. The Powell River transit system is funded in part by BC Transit, so Lukyanova said any changes that are made need to be coordinated with the provincial crown corporation.

Many communities across BC are looking at free transit, she added, and BC Transit is busy working with these communities on figuring out how to proceed with these ideas, to make sure the transit system can accommodate increased ridership that would result from free transit.

Lukyanova said Whistler and Squamish have free weekends and City of Victoria just approved free transit for youth under the age of 18.

Lukyanova said free fares do increase transit ridership, so BC Transit advises strongly to do analysis, see which routes are busy and see what the projected impacts will be in offering free fares. It is important to ensure routes can accommodate the increased ridership, she added.

BC Transit also requires at least eight weeks of lead time for fare changes to ensure it has time to advertise the changes.

“BC Transit has a budget to advertise, and if we give them the heads-up, they will be able to help us with promoting whatever changes that we make,” said Lukyanova.

She said BC Transit is working on free transit analysis for the City of Powell River transit system.

“They will look at our routes, what the usage is, they will point out routes that are particularly busy, where they see that maybe there will be an issue,” said Lukyanova. “They will come back to us. They advise that we wait for this analysis before we make any changes. We are hoping to get that analysis from BC Transit soon and we’ll come back to council with a report with options based on that.”

Councillor Jim Palm said it was a good step forward going through the proper channels with BC Transit. He said the youth council was advocating free ridership for the summer months for everyone, he believes, which is not a bad way to start off, to get a feel for how that would work.

Palm said in a meeting recently that somebody suggested the city should just eliminate fares year-round, it’s only $200,000.

“Well, in a cash-strapped city, $200,000 means something to me,” said Palm. “I’m all for free ridership for youth in the summer months when they are off school, when they need to get around. On a going forward basis, I don’t know if I can support adoption of dropping all fares. I’ll have to think about that when the report comes forward.”