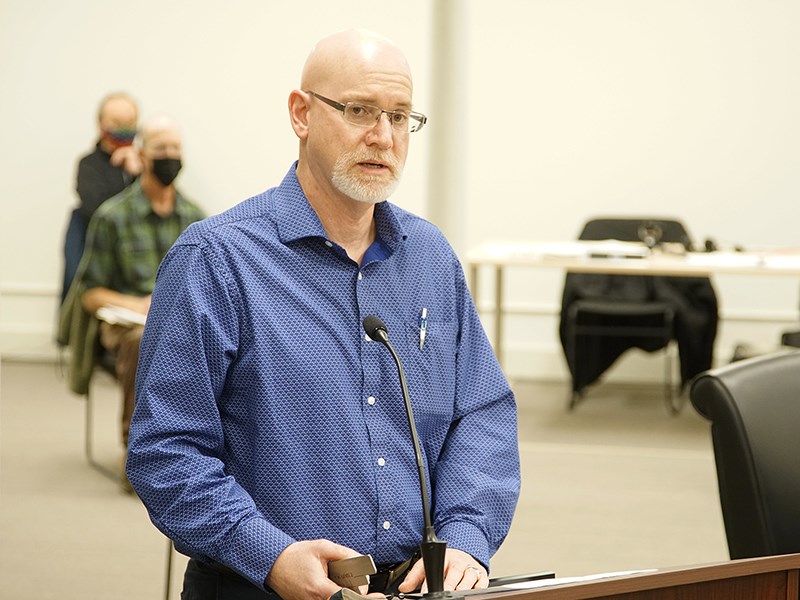 City of Powell River Council will consider a curbside recycling trial that would create a pilot program for weekly recycling pickup.

At the November 17 committee of the whole meeting, manager of operational services Rod Fraser said there have been recent discussions around curbside recycling and an automated program. He said the pilot project he was proposing is a component of that.

“It’s a big chore in that there is overtime that comes with it. It seems like we don’t quite get the whole route every second week. Our sense is that we could make a change to a weekly pickup and make it easier on staff. Customers would benefit from the fact they could put recycling out every week.”

Fraser said when the city conducted its recent survey into solid waste, there were 1,250 responses from residents. He said 56 per cent of respondents said they would prefer weekly collection of recyclables, as opposed to 41 per cent preferring every second week.

“The thought is, before we do a permanent change, before we move to a weekly pickup of recycling for the entire community, we thought we would do a pilot,” said Fraser. “This would be one route, or route E. It has 1,250 homes and we could try a pilot project with that route to go with the weekly recycle pickup.

“We could gauge how it works, whether residents are responding to it and how it works from our end operationally. Our sense is that this could be a benefit to the community so we’d like to try it out with that single route.”

Fraser said if council says yes to the proposal, his department would look toward implementing that pilot project in January 2021.

Councillor CaroleAnn Leishman said she was happy to support the initiative and that it is good to try as a pilot. She said moving toward weekly recycling will help and undertaking a pilot project is the responsible way to go.

Councillor Jim Palm said he was all for a pilot project. He said he would like a detailed breakdown of the costs and the overtime incurred.

Fraser said he thinks once residents get used to the change, they will put out their recycling every week. He said he’s heard from the city’s municipal neighbours that every second week seems to be a struggle for them, volume wise.

Committee chair George Doubt said he hopes if the trial period goes ahead, that would be an opportunity for council to get some accurate numbers on what the actual cost of the pilot is and the effect it has on the volumes of recycling.

“I’d like to know those before we went into making a determination on what to do for recycling pickup,” said Doubt.

“Since we’re on it, I’d like to remind the public that at the finance committee meeting on November 26, you [Fraser] are going to be there talking about the future of garbage containers and garbage pickup, plus organics.”

Fraser said he is suggesting a six-month pilot. He added that he is pretty sure he would be back before then to engage with council and outline matters such as cost, recycling volumes and other components.

The committee voted to send the matter to city council for approval on December 3.