School District 47 purchases facility after having leased a portion for years
Jan 22, 2021 10:00 AM By: Powell River Peak Staff 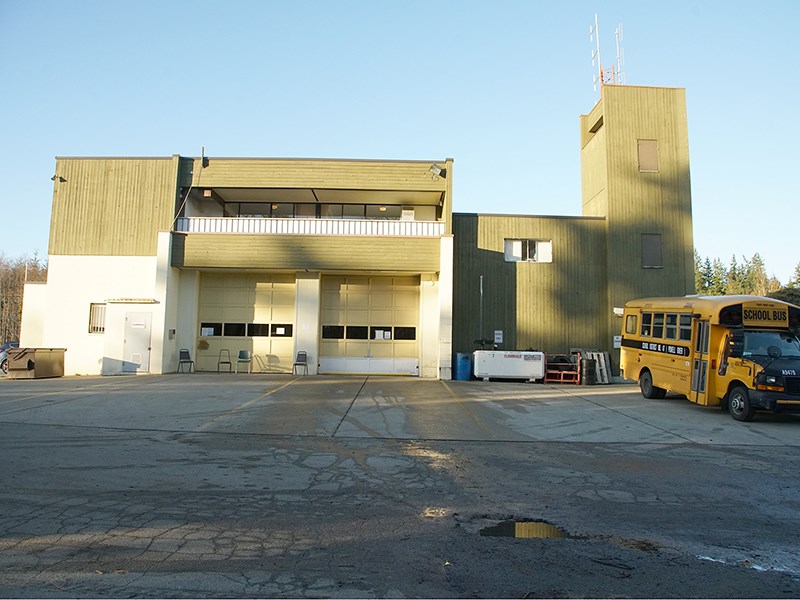 GOVERNMENT TRANSACTION: School District 47 has purchased the Cranberry fire hall from City of Powell River for $500,000. The school district has leased a portion of the property to house and maintain its school bus fleet. Paul Galinski photo

City of Powell River and School District 47 have announced they have finalized an agreement for the purchase of the former Cranberry fire hall located at the corner of Cranberry Street and Dieppe Avenue. Council reported on the sale to the school district at its regular meeting on January 21.

“This is a government-to-government transaction and we are happy to have completed a deal with our partners at the school district who have need of the facility,” stated mayor Dave Formosa in a media release from the city and school district. “Being a crown grant property, the use of the property is restricted to fire hall, school and ancillary education purposes only. Since it is no longer used as a fire hall, the only other logical owner is the school district.”

The city agreed to sell the building for $500,000. Under crown grant rules the city was restricted from selling the land the building rests on for a profit, but will transfer ownership of it to the school district as part of the transaction.

“This property will be an asset to us and the sale a bonus for the city,” stated School District 47 board of education chair Dale Lawson. “We have been leasing a portion of the building from the city for a number of years now to house and maintain our school bus and vehicle fleet. Securing the facility will be a long-term cost savings for the school district, as well as providing additional space for other programs.”

The city stopped using the property as a fire hall in 1994, stated councillor Maggie Hathaway, who is responsible for the city’s protective services portfolio.

“In the end, the city doesn’t have a use for the building, as it was decommissioned in the 1990s as a firehall and is no longer used as a training centre,” stated Hathaway. “It also was not considered as an adequate location for the new fire hall and emergency services centre we are hoping to build as it is not centrally located. I’m happy we were able to find a way for the property to continue to serve the community well into the future.”

Hathaway stated that proceeds from the sale will be placed in the city’s land sale reserve but could possibly be directed to the fire hall/emergency services facility project if council approves.

Purchase of the property from the city was completed on January 22 with the transfer of ownership.