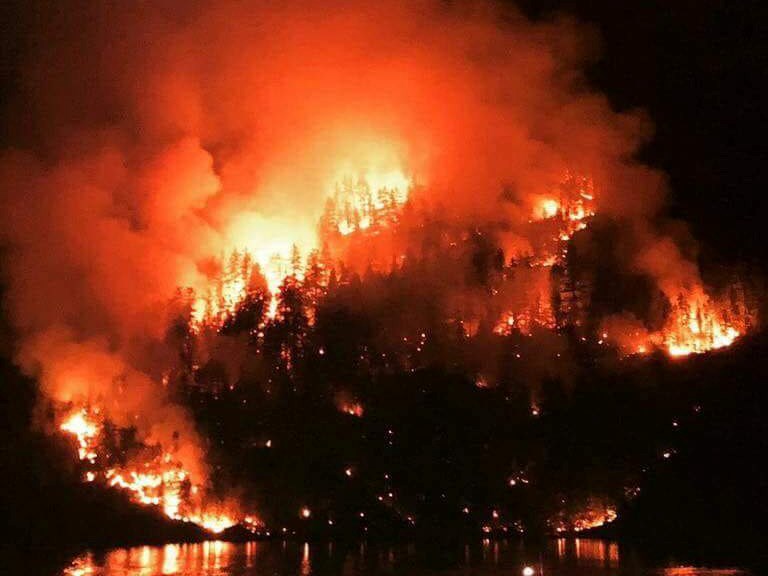 BURN OUT: BC Parks, which manages East Redonda Island ecological reserve, has made the decision to let a wildfire on Pendrell Sound to burn. Contributed photo

A wildfire is burning out of control on the ecological reserve of East Redonda Island.

BC Wildfire Service (BCWS) communication assistant Dorthe Jakobsen said the fire is 15.5 hectares on the east coast of Pendrell Sound.

The fire was discovered August 24.

“Five crews are working to build control lines on the fire today so that we hold it within identified parametres,” said Jakobsen. “We're working with BC Parks on that.”

Jakobsen said the fire is burning up from the shoreline and the suspected cause is human. The area is popular with summer recreational boaters. No structures are threatened.

East Redonda is 40 kilometres northwest of Powell River, between Homfray Channel and Pendrell Sound, at the entrance to Toba Inlet.

The island is a conservation area principally for forestry research in first and second growth forest stands.

Meanwhile, Jakobsen said there is an incident report of smoke south of Powell River in the Roberts Road area. BCWS is currently investigating.