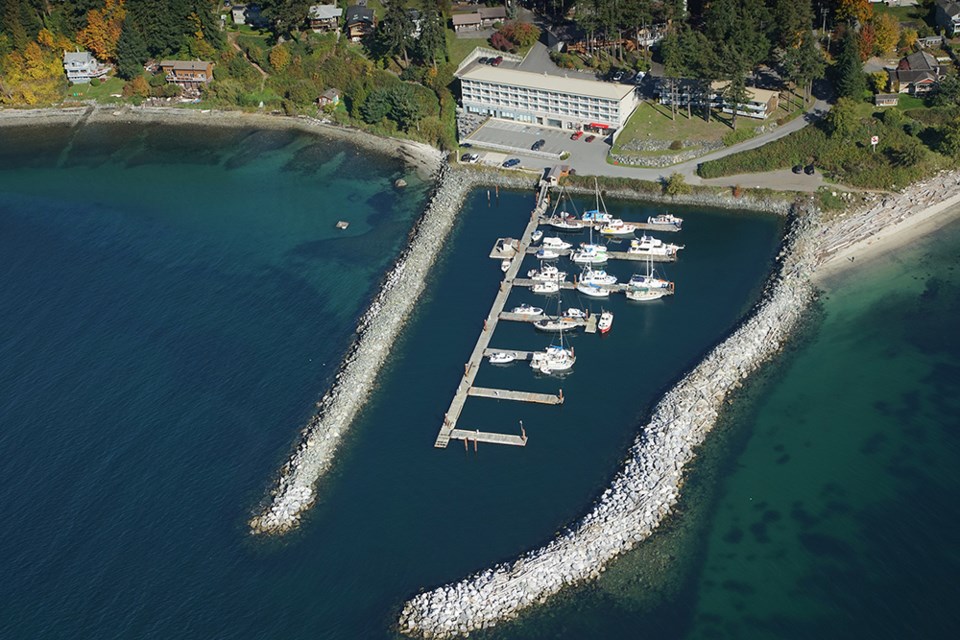 BUSINESS RELOCATION: An application has been made to the City of Powell River for a temporary use permit to establish a distillery on the grounds of the Beach Gardens Resort. Paul Galinski photo

City of Powell River councillors heard a proposal to bring a craft distillery to the Beach Gardens Resort.

At the April 13 committee of the whole meeting, councillors received a report from senior planner Daniella Fergusson, who outlined an application for a temporary use permit to establish a distillery on the hotel’s grounds. Fergusson said the property in question is in the middle of the Beach Gardens complex, in the former Beach Gardens beer and wine store.

Fergusson said the property is zoned C4 commercial and the applicant would like to put a distillery temporarily at that site while they consider an overall redevelopment plan and permanent facility.

“That distillery is a great use for a temporary use permit, where there are plans for the future uses,” said Fergusson.

Fergusson said the property is intended for tourism commercial and wasn’t intended for a light industrial use and that is why a temporary use permit is being considered.

She said a craft distillery, in terms of being a light industrial use, is a distillery that produced fewer than 50,000 litres of spirits per year. She added that the distiller has to use 100 per cent BC agricultural products and fermentation must be completed on site.

The former beer and wine store building is in a relatively residential area, said Fergusson. She said from what is understood of craft distilleries, they are not known for a lot of noxious smells or loud noises.

“We analyzed this project, as we did with the other temporary use permits you’ve seen so far, from the perspective of intensity and compatibility, limited potential elsewhere and the temporary nature of the use,” said Fergusson. “In terms of intensity and compatibility, we think it will be a good complement to the existing hotel, restaurant and marina uses in the area.”

Fergusson said the liquor and cannabis regulation branch (LCRB) takes the lead on the specifics, working with the applicant on additional endorsements such as whether there will be any indoor or outdoor seating, a lounge, patios and that sort of detail. She said a lot of those changes would require coming back to council so there would be an opportunity to review this application again when LCRB endorsements come through.

Light industrial could include distillery

Fergusson said the temporary use permit would reuse an existing building and give it to a higher industrial use while a more permanent building is planned.

“As a result, staff are not concerned about collecting a deposit for site remediation or anything like that, and that is similar to other temporary use permits that council has seen so far,” she added. “A future development would likely need an official community plan and zoning amendment just because of the existing land-use designation and zoning.”

Councillor Maggie Hathaway asked if the distillery was a new venture. Fergusson said the applicant has stated this is a relocation of the Kootenay Country Craft Distillery, which had been producing the Salish Sea vodka.

Councillor Jim Palm asked about public consultation and Fergusson said it is similar to a zoning amendment, where newspaper ads are taken out and neighbours within 200 feet receive a mailout notice.

The committee voted to direct staff to give notice of council’s intention to consider issuance of a temporary use permit to allow a craft liquor distillery with accessory tasting room use and accessory bottling at the Beach Gardens site.