qathet Regional District board to consider request
Oct 17, 2019 7:00 AM By: Paul Galinski 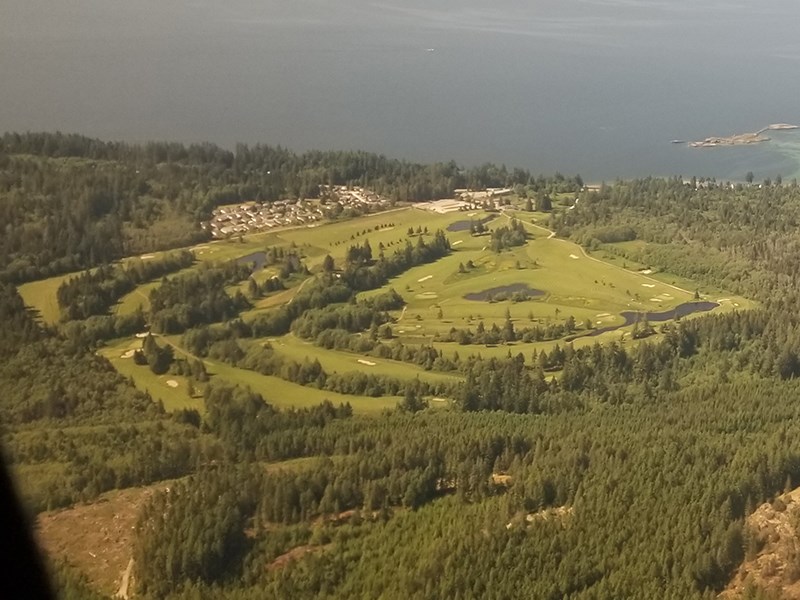 At the regional district’s Thursday, October 10, committee of the whole meeting, directors heard a delegation from the golf club requesting the 2020 property taxes be exempted.

During the meeting, directors heard from golf club treasurer Alan Fougere, who said he wanted to outline how much the exemption means to the golf club.

Fougere said the club is in a challenging environment in terms of cash flow. He said he is an accountant, working at First Credit Union, and lends his expertise to the club.

“What’s really been challenging for the golf course is cash,” said Fougere. “The golf course has run into a number of challenges in the past year. Members are aging and we’re not having an influx of younger people golfing anymore. Revenues have declined in the past couple of years.”

Fougere reviewed financial statements for committee of the whole. In 2016, net income was in a loss position and in the past couple of years there has been a positive net income, according to Fougere.

“That doesn’t necessarily mean positive cash flow for the golf course,” said Fougere. “That’s why I want to stress that this tax exemption is so important.”

During the mid-2000s the golf club ran into financial difficulty and racked up a lot of debt, said Fougere. He said First Credit Union came on board and financed the debt and now the club is in the process of paying that off. There is still 15 years to be paid back.

In addition, the club has not had the cash flow to purchase new equipment for the course, so it has had to lease equipment, which has added to the expense.

“Nine years ago the golf course was in great financial difficulty and was not able to buy equipment,” said Fougere. “They had members pay 10 years of dues in advance and that’s recorded as income in accounting but it’s not cash we received in 2018.”

Fougere said the cash drain is behind the requirement for the permissive tax exemption.

“When you look at the financial statements and see net income of $26,000, it doesn’t mean we had positive cash flow,” said Fougere. “For long-term sustainability the trend for Myrtle Point is you have all of these older people coming off and not enough young people coming in. We can’t sustain this in the future. It may only seem like $7,000 for a tax exemption but that’s $7,000 that we have to invest back into the club.”

The club has been able to survive through volunteer efforts so there is a tremendous amount of unpaid work that goes on, according to Fougere. Volunteers have even contributed to putting a new roof on the clubhouse, he said.

“I can’t stress enough the challenges the golf course has in the future,” said Fougere.

He added that there are community benefits to the golf club.

Sandy Sleath, a board member of the club, said the club was in poor financial shape for a long time and through some good work over the last several years, it has worked its way out of a hole.

“Our future is going to be tough with an aging membership and not enough younger people to replace them,” said Sleath. “It might look okay right now but we definitely are in for some challenges ahead.”

Sleath said having an 18-hole championship golf course is different than having a pitch and putt course.

“We are really lucky with the club we have,” he said.

The golf club provides employment for 40 people in peak season so that is substantial, said Sleath. He added that it is not a private club and considers itself inclusive.

He said he was a junior golfer, his first job was at the golf course and his experiences led to a scholarship, which led to his education and a career. He indicated he was lucky enough to come back to town and run a business.

“Whenever we get people to come to visit from out of town they are always blown away and we know people come back to play based on their experiences here,” said Sleath.

Electoral Area C director Clay Brander asked about what kind of steps the club is taking to increase membership or ways of making more income.

“If you have a membership that’s dropping you have to find ways to make revenue,” said Brander.

Fougere said the club has been looking at a number of different avenues, such as a campground, plus expansion of the food and beverage site.

“It’s a challenging environment,” said Fougere. “We are looking at all opportunities.”

After some debate, committee of the whole recommended the regional board grant a permissive tax exemption to Myrtle Point Golf Club for the land classified as recreation/non-profit for the 2020 year only. The committee further recommended the club be asked to contribute $1,237 toward fire protection provided by the Malaspina Fire Protection Service for the 2020 year.