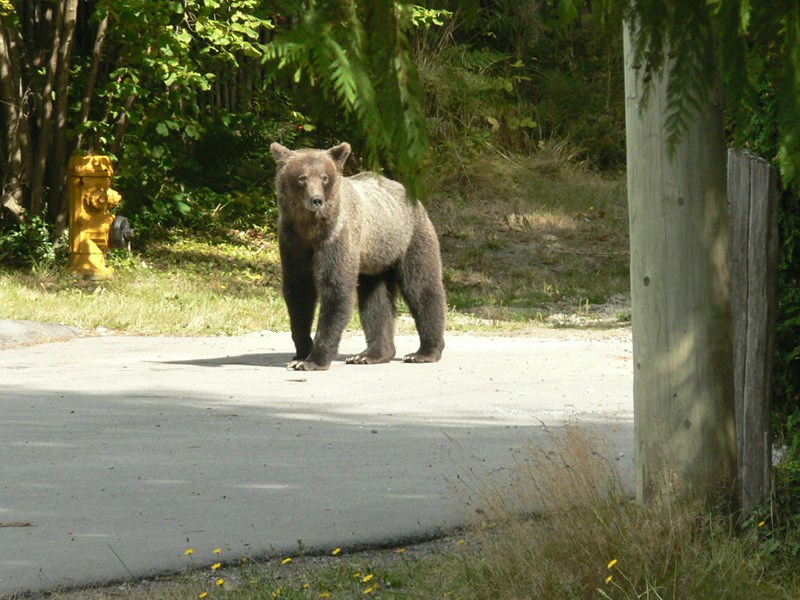 GUILTY PLEA: A Powell River hunter was recently sentenced for killing this grizzly bear in September 2016. This photograph of the bear was taken near Mowat Bay in August 2016, just prior it being relocated. Geoff Allan photo

Powell River bowhunter Martin Chalupiak was sentenced in Powell River Provincial Court on March 14 for killing a grizzly bear while hunting black bear with a bow and arrow in September 2016.

Chalupiak pleaded guilty and was handed a $1 fine. He was also ordered to donate $8,000 to a conservation fund and complete a hunter-training course for killing the female grizzly near Fiddlehead Farm north of Powell River.

There is no hunting season for grizzly bears anywhere in the vast Powell River backcountry.

It was “a very bad case of mistaken identity,” according to BC Conservation Officer Service officer Andrew Anaka. Chalupiak has 16 years of experience as a hunter, he added.

“[Chalupiak] couldn't tell the difference between a grizzly bear and a black bear,” said Anaka, “even though he killed this bear after watching it for 15 minutes at under 20 yards.”

Anaka said it was a particularly harsh sentence considering the early guilty plea, remorse and Chalupiak’s limited ability to pay.

The bear was the same young female successfully relocated to Homfray Channel by conservation officers from the area around Timberlane Park in 2010.

Losing the bear is very disappointing and will impact the grizzly bear population that covers 110,000 square kilometres around Powell River, according to Anaka.

Anaka added that he thinks judge Kimberley Arthur-Leung took the impact of the bear’s loss into consideration when she rendered her sentence.

Conservation Officer Service launched its investigation after the hunter brought the ear tags to BC Ministry of Forests, Lands and Natural Resource Operations office in Powell River to enquire if the bear’s meat was edible.

“We were forwarded those ear-tag numbers,” said Anaka, “and very quickly understood those ear tags belonged to that grizzly bear.”

In addition to the fine and donation to Habitat Conservation Trust Fund for use in conservation in the Powell River area, Chalupiak’s penalties include 12 months of conditional probation. He was also ordered to take the Conservation Outdoor Recreation Education program and is banned from hunting in BC until it is completed and the donation has been made.