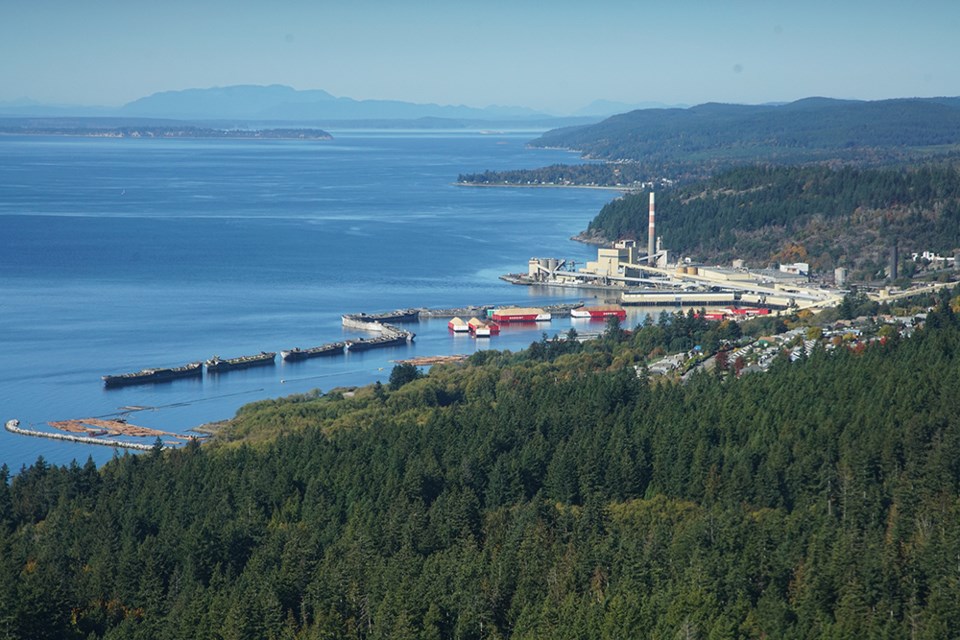 City of Powell River Council is standing behind a legal opinion that the revitalization tax exemption the city provides to the Catalyst paper mill does not violate the Community Charter.

At the March 16 committee of the whole meeting, councillors reviewed correspondence from resident George Orchiston, who said the tax exemption is invalid. Under the revitalization tax exemption, the mill pays $3.2 million per year in municipal taxes. Orchiston, in his letter, estimated the mill, in 2021, had an exemption of more than $2.7 million.

Orchiston stated his position is the tax exemption bylaw is invalid because neither the required public notice, nor the revitalization tax bylaw, provided any information related to a revitalization Catalyst was to carry out at its Powell River property in order to qualify for a tax exemption from the city.

Mayor Dave Formosa said he believes this particular question had been put to council in previous letters. He said the city has engaged its legal team each time a letter has been received from Orchiston.

“Our legal team has come back with answers each and every time, telling us we are on the right side of the Community Charter,” said Formosa. “Their last response was quite short and sweet, which we paid for yet again. I would ask the chief administrative officer to give us an overview of what our move is with this particular letter.”

Chief administrative officer Russell Brewer said there is no change in advice from the lawyers that has been received regarding all of Orchiston’s correspondence.

Councillor Rob Southcott said he was sure there was no way for Orchiston to anticipate what might have been in the minds of the company during the planning conducted by Catalyst Paper Corporation for the Powell River mill when the bylaw was enacted. Southcott said in retrospect, it’s easy to understand how Orchiston might think what he expressed in his letter, but not knowing what might have been planned, he didn’t have any real way to judge the situation. Southcott said there has been a repurposing of a paper machine and now it is allowing for the mill to open up again.

“I just wanted to make that comment because the question keeps being asked, but it seems to me there is real legitimacy and our lawyers have said that,” added Southcott.

Councillor George Doubt said the best argument that the revitalization tax exemption was a valid thing to do is the fact that Catalyst recently recalled workers and that is going to make a significant difference to the economy of the City of Powell River.

“Hopefully, they will keep growing but I think the revitalization tax agreement was an important part of that,” said Doubt. “It has been my opinion and it still is.”

Council and Catalyst kept in touch

Formosa said during the conversation with the mill, the whole time, council was kept informed of what Catalyst’s plans were. He said the previous paper market that the mill had was gone and efforts were being made to create some new markets. He said the paper to be produced in the mill start-up is a new product, and there are plans to produce rolls of thermomechanical pulp for offshore markets.

“While we were negotiating, trying to keep this mill valid and viable, Patrick [Corriveau, vice-president of paper and packaging at Catalyst parent company Paper Excellence] said how he was struggling with the owners but thinks the products could be made without having to spend the millions they need to spend, and as Patrick says, they want to spend,” said Formosa. “He has put in a proposal to the owner to spend lots of money to upgrade those machines. They are a paper company; they are not a hedge fund. It’s hoped there will be capital to repurpose them to make specific products.

“For the whole time they were talking about this, [Corriveau] came through with what he told us. They got the orders; they’re making this paper and it went public. The paper was never made here before.”

Formosa said the city could have given up on Catalyst but it didn’t because the city was kept informed.

Councillor Maggie Hathaway said her position was: asked and answered. She recommended Orchiston’s correspondence be noted and filed.

Committee chair councillor Jim Palm said he took it as very good news that the mill is producing a new product, moving forward with the recall of 200 workers.

“Hopefully, the second machine will start up with the mechanical pulp and all 350 employees will be back to work,” said Palm. “It’s all good news for Powell River.”