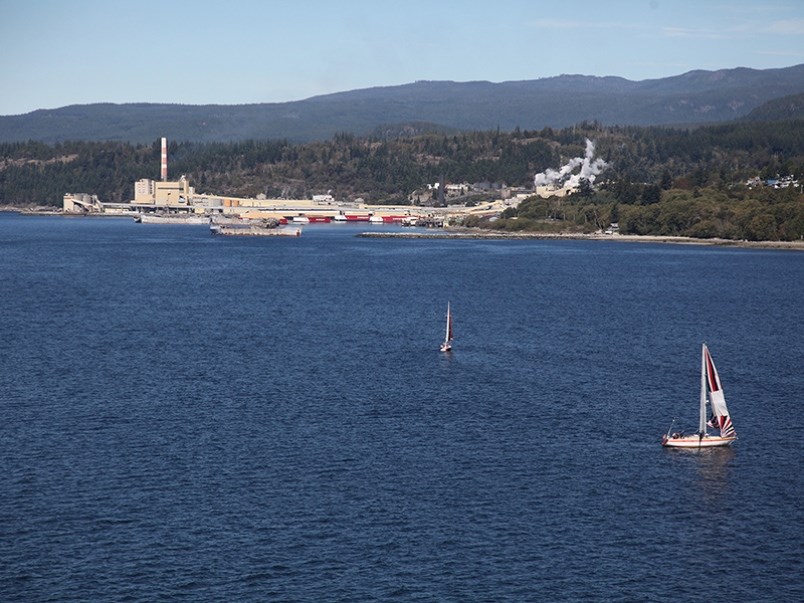 City of Powell River councillors received information on the progress of the consolidated wastewater treatment plant at a committee of the whole meeting.Peak archive photo

City councillors will soon know how much the consolidated wastewater treatment plant is going to cost.

At the March 30 committee of the whole meeting, director of infrastructure Tor Birtig provided an update on the project regarding three bids received for the general contractor contract and about current construction status.

Birtig said work had begun on the outfall component of the wastewater treatment plant earlier this year, but in communication with Fisheries and Oceans Canada (FOC), the city had to modify its permitting. According to Birtig, the city had permission to proceed with construction in a letter of advice from FOC, but is now required to go to an authorization permit for the marine environment work of the outfall, which is a more exhaustive process than having the letter of advice. The city will have to meet FOC’s environmental concerns.

According to a memorandum to councillors from manager of engineering services Nagi Rizk, the work has been suspended on the marine portion of the outfall until the next limited risk fisheries window between December 2021 and mid-February 2022.

“That work is included in their tender bid and we are currently reviewing those three submissions,” said Birtig. “In short order we should be bringing a report to council for authorization of award for the grand contract for the treatment plant, as well as the outfall now.”

Birtig said Rizk is currently working on a preliminary report to council regarding the general contract and the hope is to bring it to the next committee of the whole meeting on April 13.

Councillor George Doubt said since the bidding process is not finalized, Birtig would not have figures on the cost impact and change in risk impact, and the other features councillors would like to hear about.

Birtig said he could not bring that forward at this time.

“The pricing is still confidential,” said Birtig. “The three submissions, although they understand what they submitted, they don’t know the other two submissions. We are keeping it confidential until we bring the report to committee of the whole.”

Doubt said he looks forward to hearing about the impact and consideration it’s going to have on the overall cost of the project.

“I guess while all of these things are moving targets,” added Doubt, “we need to have some patience.”