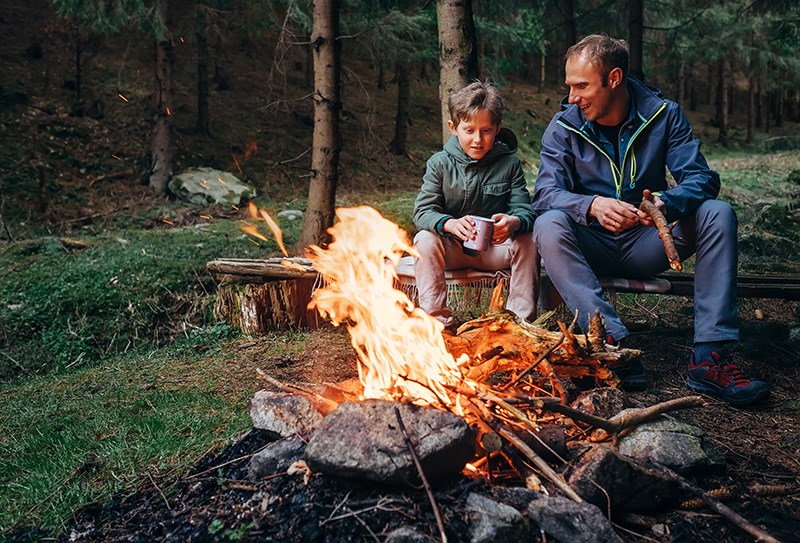 At the March 30 committee of the whole meeting, councillors received correspondence from Lindsey Gosnell, who asked that council consider an amendment to the backyard burning bylaw for small recreational fires in all residential zones within the city.

“We have young kids and would love the opportunity to gather around a small fire to roast marshmallows,” stated Gosnell. “With the ongoing restrictions to help slow the spread of COVID-19, we feel that this would be one small way for our family to safely enjoy some quality time together.”

Gosnell stated she lived in Squamish for 15 years before moving to Powell River and was able to enjoy many backyard fires. She added that Campbell River also allows recreational fires within the city.

Gosnell recommended that permits be granted with several restrictions to ensure safety and to regulate matters such as smoke.

Councillors also received a letter from Ken White, supporting backyard fires, with a petition with 413 names calling for an amendment to the city bylaw. Additionally, councillors received correspondence from Brian Kukulies and Gwen Hompoth to reconsider its bylaw that permits residents to burn yard waste during April and November.

Councillor CaroleAnn Leishman said she was appreciative to receive these items of correspondence. She said she would like to direct staff to take a look at considering recreational fires.

Leishman said Squamish allows recreational fires and recently disallowed the burning of yard waste, which is a bigger problem for air quality. She said if there is a compost facility in the region in the future, those burning materials could be composted.

“I think this would be a good opportunity to look at educating the public about safe and responsible backyard burning,” said Leishman.

She said if the city was going to consider looking at allowing recreational fires this summer while COVID-19 restrictions are in full force, she would like staff to come back to council with some considerations, even as a pilot project.

Councillor George Doubt said he backed Leishman on this matter. He said when he moved into his house there was a nice stone firepit in the back, and ignorant of the rules, he thought it would be fun to have fires with his grandchildren. He said he found out about the rules that he couldn’t have fires because a neighbour told him about the bylaw.

Doubt said there could be some good rules about how to properly take care of a firepit. Doubt added that recreational fires would likely have less effect on people with sensitivities than full-blown backyard burning.

“I would appreciate hearing a report from staff on how we might be able to deal with this,” said Doubt.

Mayor Dave Formosa said he agrees with the idea of having a look at food fires. He said he would welcome regulation around that.

Councillor Maggie Hathaway said fires have been an ongoing battle ever since she got on council and she can see both sides. She said she would like to see a report from staff.

Councillor Cindy Elliott said she was in favour of backyard wiener and marshmallow roasts and family gatherings.

“I think it’s a difficult one to enforce and I know people do it, even if it’s against the rules,” said Elliott. “I’d be in favour of having a process where we have consultation and figure out what the best prescriptions might be that could possibly allow for people to have food fires.”

Corporate officer Chris Jackson said what he was hearing was that the committee was asking staff to review the request to amend the backyard burning bylaw to allow safe, small campfires for cooking, and to return to council with a report.

The committee gave unanimous consent for a staff report.