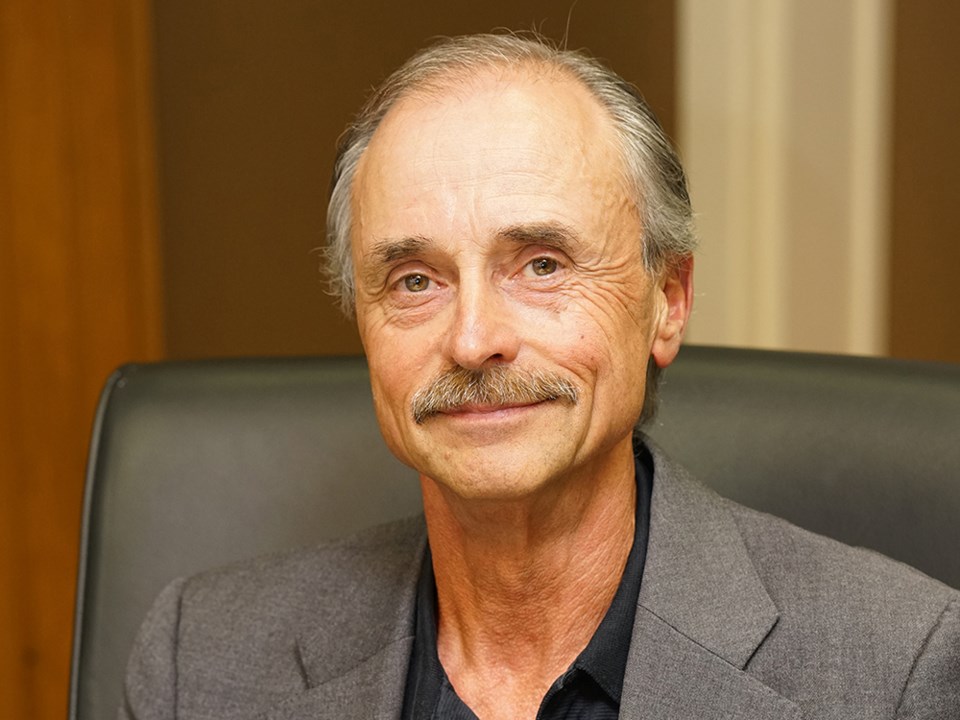 City of Powell River councillors considered a series of recommendations for a 141-unit, six-storey multifamily residential rental project proposed in the Edgehill area.

Councillors, at the April 15 city council meeting, gave first readings to amendments to the sustainable official community plan (SOCP) and the zoning bylaw, and a series of other recommendations for an application to amend the land use designation and zoning of a vacant property on Edgehill Crescent, adjoining Joyce Avenue, for the proposed high-density development.

Councillor Rob Southcott said this is a big project. He said the SOCP amendment motion is required to allow for a development of this size.

“This is the first step and it is basically: should we vote in favour of this and the following recommendations, it simply opens the door for the next step, which means the community gets to feed back and we basically say, yes, this is worth looking at,” said Southcott. “This will take a lot of looking at and I have great confidence in our planning department that they will manage this process very well.”

Councillor Maggie Hathaway said it is an exciting project and something the city has not seen in a long time.

“It comes in line with our housing needs assessment,” said Hathaway. “There are going to be 141 units and it’s interesting how they break them out. They have 20 micro units, which are 312 square feet, and five studios, which are 571 square feet, there’s one-bedroom, one-bedroom and a den, two-bedroom and two-bedroom with two baths and a den, so there’s a variety of housing there.”

“It’s something that is needed here,” said Hathaway. “I like how it looks and I hope we see this project through.”

Councillor George Doubt said he is excited to see this project coming and there are a few steps to go.

“It’s something that is really necessary in this community,” said Doubt. “We need some rental housing and different styles of housing. A multifamily building in the area it’s in seems to be a really good fit to me. That whole neighbourhood, with the Coastal Breeze next door with the seniors housing, and the small-lot subdivision behind, is going to make a real change in the housing mix in Powell River. I look forward to seeing it developed.”

Councillor Cindy Elliott said the housing needs assessment council was looking at not too long ago identified purpose-built rental housing as one of the community’s highest needs.

“Lo and behold, the very next day, almost, we see developers trying to meet that need and so that is pretty exciting,” said Elliott. “It feels like Powell River is hitting the big time a little bit. It turns out we are going to be a city with city-like buildings if this one goes forward. I’d like to see where this planning process goes from here.”

Council voted in favour of first reading of the SOCP amendment bylaw.

Southcott said the proposed RM5 zone has not been used yet in Powell River and will suit this proposed development well. He said if it goes forward, this will be the first application of it.

Council voted in favour of the zoning amendment bylaw.

According to a staff report, the developer, Veyron Properties Group, has made an offer on the subject property conditional on a successful rezoning and SOCP amendment application.