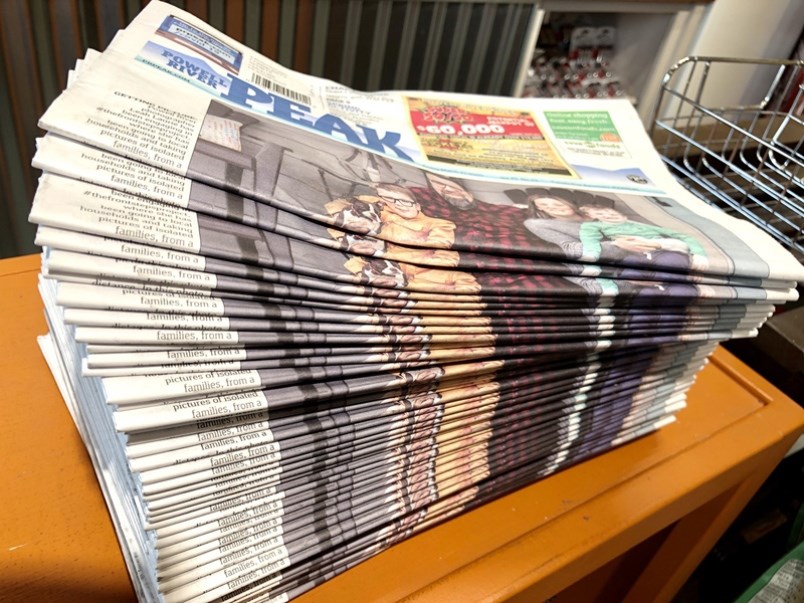 qathet Regional District’s planning committee recommends that the regional board request a staff report regarding amendments to its policy in relation to posting notice of public hearings.

At the January 12 planning committee meeting, Electoral Area B director Mark Gisborne introduced a motion for the staff report, and that amendments to the policy include public notice to be published in a newspaper that is distributed at least weekly, and must be once each week for two consecutive weeks.

Gisborne said the current planning department policy states staff posts notice of public hearing in at least two consecutive issues of a newspaper. The last publication is to appear not less than three days and not more than 10 days before the public hearing.

Gisborne said this is correct and consistent with the Local Government Act.

“This came to an issue that staff have been using this to post notification in the Wednesday [Peak Midweek] and Friday [Powell River Peak] papers of the same week,” said Gisborne. “There is some grey area about what is considered a newspaper, so I reached out to the ministry of municipal affairs several months ago. I explained to them what was happening based on my concern.

“They directed me to the Community Charter, specifically section 94, about requirements for public notice. Section 94 states publication under this section must be in a newspaper that is distributed at least weekly in the area affected by the subject matter and must be at least once each week for two consecutive weeks.

“I believe that we should include this clause in our planning hearing procedure bylaw. That way, the community has ample notice of when public engagement is occurring. I believe we should give a little more time and be more consistent with the Community Charter.”

Gisborne said his motion was simply asking for a staff report and to also provide emphasis that the publication must be once each week for two consecutive weeks, which would be consistent with the Community Charter.

Electoral Area A director and board chair Patrick Brabazon said he had no problem requesting clarification from staff as to what the law actually means. He proposed an amendment to Gisborne’s motions, which eradicated the information about public notice being published in a newspaper that is distributed at least weekly and must be each week for two consecutive weeks.

Gisborne said he was fine with the amendment. He said he thinks staff knows what he is getting at.

“I’m very comfortable in assuming that the staff will bring forward a report that touches on the requirements of the Community Charter,” said Gisborne.

The amendment carried, as did the amended main motion.