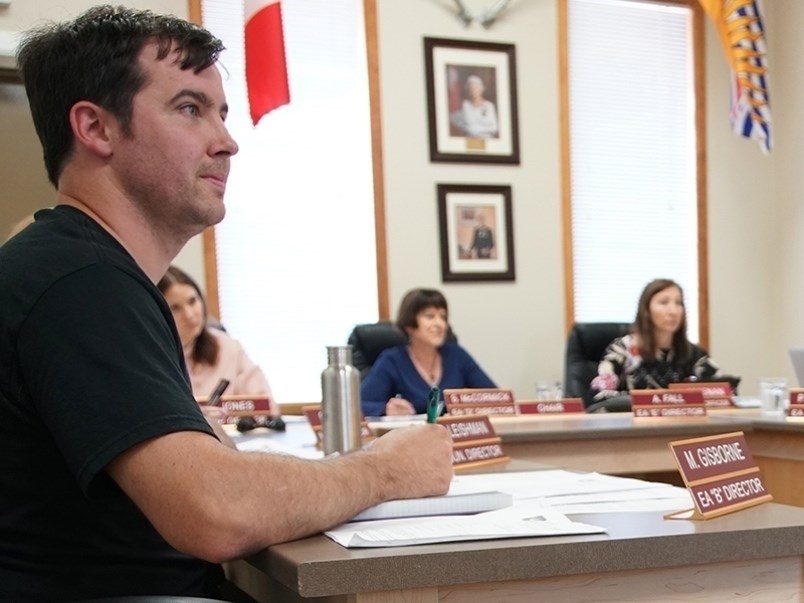 EXPRESSES CONCERN: Electoral Area B director Mark Gisborne objected to a study into on-demand busing in qathet Regional District, saying it was premature to initiate a study before City of Powell River evaluates its pilot project.Peak archive photo

qathet Regional District (qRD) directors have approved a $5,000 expenditure to conduct a formal analysis of on-demand busing transportation for the region.

At the April 29 regional board meeting, directors considered a recommendation that $5,000 from the regional paratransit budget be expended to hire a consultant to look at the practicality of on-demand busing in the regional district.

Electoral Area B director Mark Gisborne said when the initiative was discussed at the committee of the whole meeting, he said increases in taxation have an impact on affordable housing. He said he thinks there was some confusion, because Electoral Area D director Sandy McCormick correctly asserted that the proposed funding comes from the rural paratransit budget and not the social planning service. Gisborne said, however, the affordability of housing is affected by how much the community is taxed.

“Housing affordability is affected by property taxes and income,” said Gisborne. “Income can be affected by business taxes, so when we consider tax increases for new or altered services, we should consider the cost per person and we should determine if the juice is worth the squeeze.”

Gisborne said when he took a look at the staff report from City of Powell River, he was surprised to see how much the on-demand busing project costs. He said the Zunga Bus only operates in Westview and total cost of the pilot project was $369,000.

“That’s a lot of money,” said Gisborne. “Using the 2016 census data, the population of Areas A, B, C and D, which are the electoral areas that pay for rural paratransit, is about 6,500 people.

“An on-demand bus service – let’s call it what it is, a taxpayer-subsidized taxi service – might work in a high-density urban area, but trying to service Lund to Saltery Bay to Gillies Bay with one on-demand bus, I don’t see how that is going to be economically feasible or possible.”

Gisborne said he thinks it is a bit premature for the regional district to initiate a study because the city is still experimenting with its on-demand bus service. He said if it turns out to be a massive success, then maybe it is worth considering, but at this time, he didn’t see how an on-demand service would be worthwhile.

McCormick said money for the study was already in the contingency fund so there wouldn’t be additional taxation required to fund the study. She said if the study is successful, and recommendations come forward that can provide public transportation services in rural areas that are not served now, it’s especially good for low-income people who need those services.

“This motion supports public transportation, serving the broadest possible public, and that includes the rural areas that don’t have any transit service,” said McCormick. “I hope this motion will be approved and that the study can produce recommendations that will particularly apply to our district. We need some expert advice on how to make that happen.”

Gisborne asked where the $5,000 from the contingency fund came from.

The regional board voted to fund the study, with Gisborne opposed.