Residents request signage for no through road in Powell River neighbourhood

Section of Sutherland Avenue in Wildwood has dust problem, say residents
Apr 5, 2021 10:19 AM By: Paul Galinski 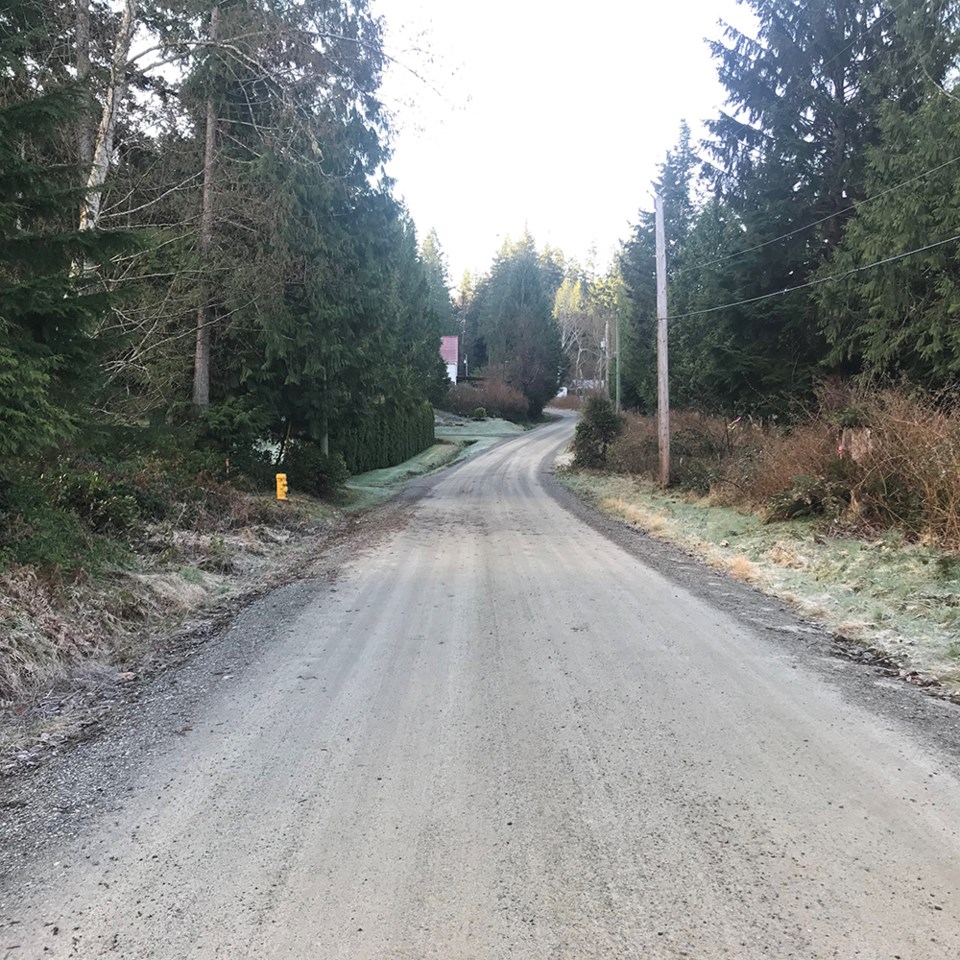 SUPPORTS SIGN: City of Powell River councillor George Doubt drove the dirt road section of Sutherland Avenue [above] and made a motion at committee of the whole to install signage on the avenue. Residents had written city councillors complaining about a dust problem.Shane Carlson photo

A group of Wildwood residents have written city councillors, requesting signage be posted on the dirt road portion of Sutherland Avenue.

At the March 30 committee of the whole meeting, councillors received correspondence indicating that during summer months, dust plagues the area. Signatories to the correspondence have requested that a local traffic only/no through road sign be installed at the corner of Sutherland Avenue and Taku Street.

The email states that although the city does spray water and apply dust control, it does not curb the dust for any amount of time.

“We are all left frustrated and furious with this situation year after year,” the email stated. “The traffic increases during the summer months and most, unfortunately, do not follow the 30 kilometre per hour posted speed limit. Many drive down our dead-end road, only to turn around immediately and drive by our homes again, creating a rolling cloud of dust each way.

“We hope by installing signage, traffic would be limited, thus the dust will be dramatically decreased.”

Councillor George Doubt said he took a drive on the road in question. He said it had not been long since there had been rain and when he drove the section, he noted that even though he was driving slowly, he was raising some dust.

“I have some sympathy for the folks on the road there,” said Doubt. “You can drive that last half kilometre and get to a nice place to start a hike. They are asking in the letter for people to maybe park a little further away from the end of the trail and lengthen their walk.”

Doubt said he’d like to see something done in terms of signage. He said there were about half a dozen residences along that stretch of road.

Councillor Cindy Elliott said she goes on the trail at the end of Sutherland Avenue. She said she wouldn’t want to tell people they can’t go on the trail. She said maybe she could be informed by staff about what the city does for dust control on that stretch of road.

Chief administrative officer Russell Brewer said the city does put down water on occasion. He said the city could put a no through road sign on the street.

He also said if there was a nice parking spot closer to where the pavement is, where people would be directed to park, that may help as well. He said people who are accessing the trails for a hike would likely not be averse to travelling a little further on foot.

Doubt made a motion to ask staff to place no through road signage on the dirt road portion of Sutherland Avenue.

Elliott said she had no problem with a no through road sign but she was worried it wasn’t going to solve the dust issue. She said the city could maybe limit the speed along that section of road to something very slow.

“Also, maybe we could have some dust control management measures decided for that strip,” said Elliott.

The committee voted unanimously to put a no through road sign on Sutherland Avenue.