Temporary use permit under consideration for fitness facility in Powell River 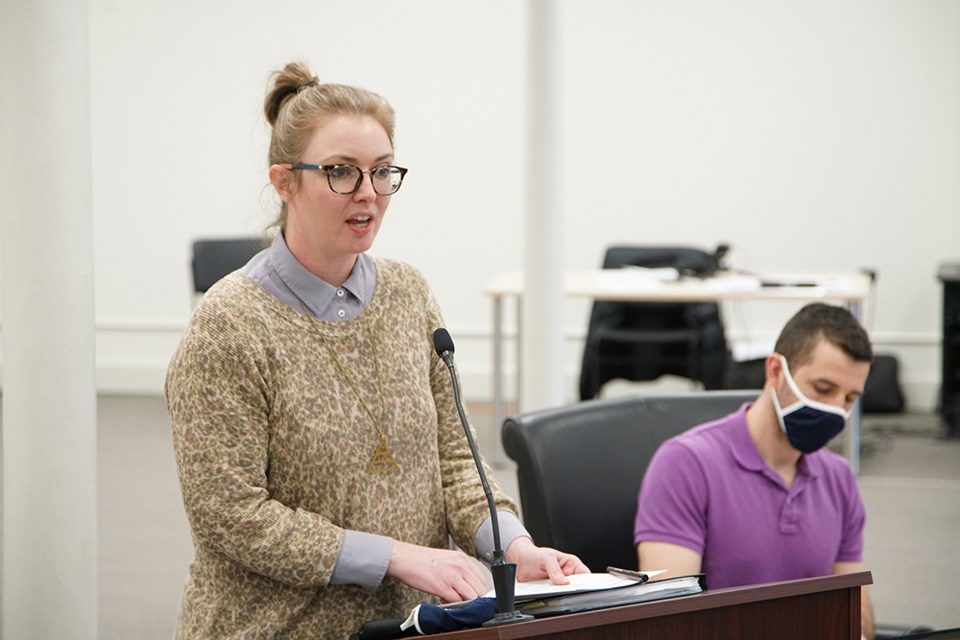 City councillors were apprised of an application to allow a fitness facility to continue operating as it has been.

At the March 30 committee of the whole meeting, senior planner Daniella Fergusson said the purpose of her presentation was to consider a temporary use permit for PowTown Crossfit to operate at 107A-4505 Fernwood Avenue.

Fergusson said the owner was advised last year that the facility exceeded the amount of space allowed in the zoning bylaw for a gym or fitness facility. She said the bylaw allows for a fitness facility to occupy 20 per cent of the gross floor area of a building, up to a maximum of 500 square metres in the M1 zone. She said the limitation is to protect industrial land for industrial uses.

“Rather than meeting the 20 per cent requirement, PowTown Crossfit is actually at 48 per cent, so the applicant is seeking a temporary use permit so they can remain in the current location where they have been for three years and operating a popular business, and that way not have to move to another location,” said Fergusson.

She said staff looked at the intensity and compatibility of the gym’s use, whether there is limited potential elsewhere, and the temporary nature of the use.

“Our staff supports the temporary use permit, recognizing it is in a transitional zone,” said Fergusson. “The permit, because it is of temporary nature, does help maintain the official community plan goal of protecting our industrial uses. It will also help support economic development.

“Staff believes including requirements in the temporary use permit itself, that all of its activities occur inside, and when there is amplified music, having the doors remain closed will address any concerns with neighbours.”

In a report to the committee, Fergusson said in the past, concerns had been raised by neighbours about noise, traffic and parking for operations of the business.

Mayor Dave Formosa said this file has been an absolute nightmare.

“I hope there is a compromise but my concern is we are in COVID-19 times. The folks who ripped my face off, we really took a beating from these people. This was after months of trying to deal with this issue.”

Formosa asked if the neighbours were aware of the temporary use permit. Fergusson said they will be mailed notice. Formosa said the operator reached out to the neighbours but a meeting never happened because of several different reasons.

“Some of the folks were so upset they didn’t want to meet,” said Formosa. “I met with them again and convinced them they should. Then COVID-19 hit and we were unable to get together.”

Formosa asked if the city had the ability to pull back the temporary use permit. Fergusson said if the applicant does not meet the terms of the permit, it is cancelled and they would have to make the operation smaller or move.

Formosa asked PowTown Crossfit owner Eddie Charlton, who called in by videoconference, if he was trying to buy some time to find other property. Charlton said COVID-19 slowed the business down and real estate prices are “just insane.”

“I’m just kind of where I am right now,” said Charlton. He added that he is not looking for a new location at this time.

“I will support this,” said Formosa. “Let’s look forward to a meeting.”

Councillor George Doubt asked what would happen to the business if council said no to the temporary use permit. Fergusson said the business would have to relocate or reduce the size of the operation to meet the 20 per cent requirement.

Councillor Cindy Elliott asked if notice would go out to the neighbours that the city is contemplating a temporary use permit. Fergusson said notice will be mailed to all residents within 200 feet of the business.

Formosa said he wished Carlton luck. He said he has friends who workout at PowTown Crossfit and they enjoy it.

“It’s good for their health and good for our community and it’s got to also be good for the neighbours,” said Formosa. “The issue has hit home and Mr. Charlton realizes he has to get along. Let’s see if we can make everyone happy.”

The committee recommended staff be directed to give notice of council’s intention to consider issuance of a temporary use permit to allow PowTown Crossfit to operate a gym or fitness facility not exceeding 48 per cent of the gross floor area of the building on Fernwood Avenue.