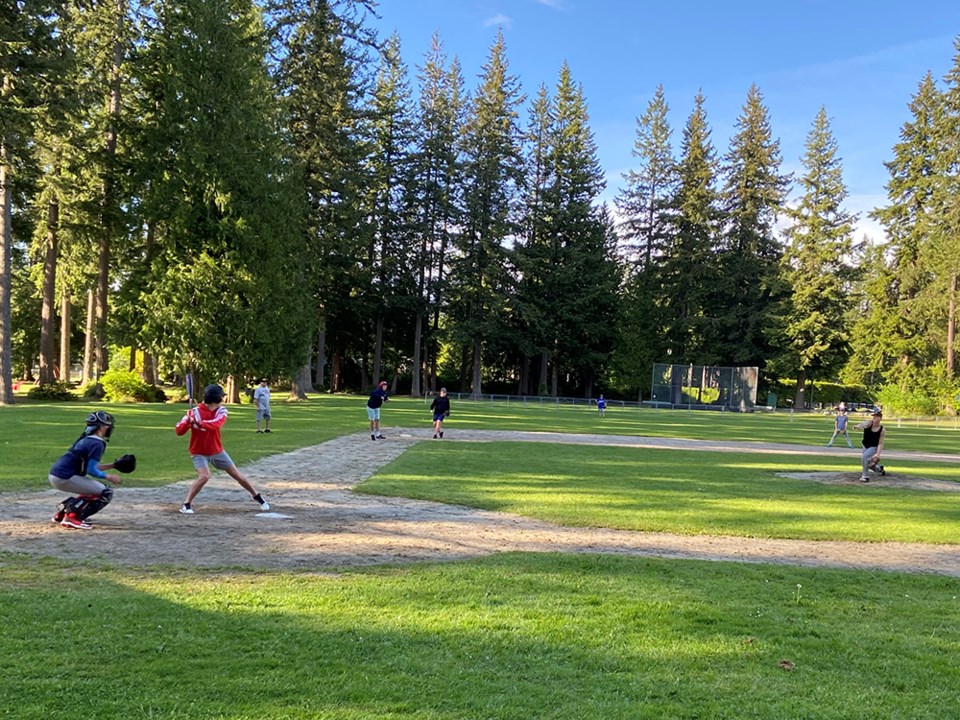 Young people between the ages of six and 18 have been meeting at Larry Gouthro Park to practice baseball skills since mid-April, and with the reinstatement of in-club play at the end of May, they will have an opportunity to put their new skills to the test before the end of the season this month.

“I was cheering in my backyard when I got the call from BC Baseball,” said Brian Durant, president of the Powell River Minor Baseball Association (PRMBA). “Drills and building muscle memory are important, but playing games is where a lot of the learning happens. Plus, it’s just a lot of fun.”

“We wanted to help families be able to get their kids outside and do something fun and active that’s also very affordable,” said Durant. “Moving and being social in a distanced way is great for everyone’s physical and mental health, so if your kids want to give baseball a try, this is a great year to do it.”

Baseball is another sport option for Powell River’s youth, and Durant hopes to grow the sport in the future.

“A lot of our older players have been playing with us since T-Ball, so we know it’s a sport where people can be active for life,” he said. “Right now, we’ve got 35 kids in our U9 group, and their coach is cycling them through four stations to get a lot of practice on skills, which they’re really enjoying. Now that we can split them into teams and play inside the club, they’ll be able to see how the skills they’ve been practicing work in a game situation.”

Durant’s vision for baseball in Powell River includes fielding girls’ teams, becoming more competitive in the different age categories within BC Minor Baseball, and having friendly competitions with the Sunshine Coast Baseball Association.

“I became president last year, and some of our executive members have been with us since 2005; their kids have graduated university now,” said Durant. “The people involved in baseball are really passionate about it, because it’s a great game that is great for all ages. We’re looking forward to expanding over the next few years.”

While spectators for the in-club games are still restricted, Durant said adult helpers are always welcome and needed.

“If you want to participate and help make these games fun for the kids, we have official things for you to do,” he said. “And if anyone has any questions about baseball in Powell River, feel free to reach out to me.”

Meanwhile, the young people are thrilled with the transition from drills to game play, according to Durant.

“The kids are really smiling now because they get to play,” said Durant. “And that’s the most important thing.”