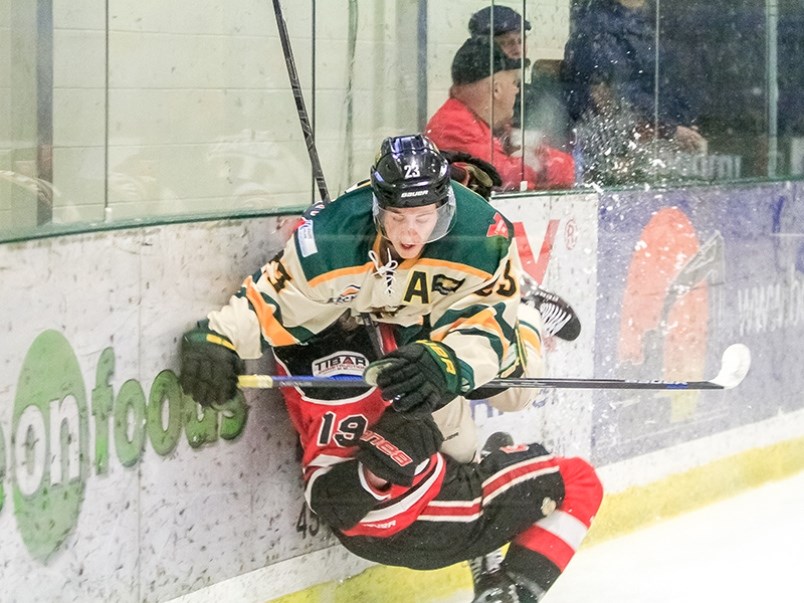 Powell River Kings and all other BC Hockey League teams will be adapting to new initiatives and protocols when the 2020/2021 season begins. The league held its annual general meeting during a series of video conference calls over the last month, resulting in approvals from its board of governors.

In a media release on June 3, the league released changes related to on-ice procedures and player safety. The current global pandemic and a plan for a safe return to play was a significant topic of discussion.

Earlier this month, the BCHL appointed a Return-to-Play Task Force, responsible for outlining different scenarios on how and when the league can resume its schedule, while working with the provincial health authorities to develop return to play guidelines and safety measures.

“Once we are told we are allowed to resume play from Hockey Canada and the provincial government, we want to make sure we are ready to go,” stated Steven Cocker, BCHL executive director, competition and events. “This involves planning for several different scenarios, including start dates and attendance capacities, as directed by the health authorities. Creating the task force allows us to be as prepared as possible for a safe return to play, whenever we get the green light.”

Other items were discussed during the AGM, including several player-safety changes to the Junior A Supplement that will come into effect next season.

The newly-formed Department of Player Safety (DOPS) led by director of officiating and player safety Brad Lazarowich and Cocker will continue to review all accumulative penalties that fall within the Junior A Supplement to ensure the correct assessment at ice level was called on the play. In addition, the DOPS will be responsible for visiting each team during their training camps in order to review and set expectations of compliance to the Junior A Supplement in its entirety with the players and coaching staff. The DOPS will hold individual meetings with players who reach specific accumulation thresholds throughout the season.

The league is imposing stricter penalties for fighting next season. In 2020/2021 a player will receive supplemental discipline on their second fight. The previous standard gave players four fights prior to receiving any further supplemental discipline. The new standard will increase exponentially after the second offence, including one-on-one calls from the Department of Player Safety. There will be a zero-tolerance stance on instigator and aggressor penalties, both receiving suspensions on first offence and will significantly increase on accumulation.

“As a leader of developing college-bound student athletes, we feel this is a progressive step for the BCHL,” stated Cocker. “The safety of our players is an integral part of any decision we make as a league and a stronger stance on fighting and zero-tolerance on instigators and aggressors is a great step forward.

“The game continues to evolve and move in the direction of speed and skill and we want to be on the forefront of that movement. Our Board of Governors will follow this closely and revisit at our 2021 semi-annual meeting to evaluate our progress in strengthening our player safety measures.”

The league has also implemented specific wording to address hits that come from outside of a player’s line of sight. Specifically, those that do not involve head contact, as blow to the head penalties are already strictly enforced. Any hit that occurs from a player’s blindside, meaning outside a 90-degree angle of their line of vision, with significant force, will be called charging. Addressing this type of hit with a minor, major and game misconduct or match penalty, will allow the DOPS an opportunity to review the hit for further possible discipline.

The BCHL has also imposed stricter penalties and supplemental discipline on slew-footing penalties. Slew-footing will now be categorized with clipping and kneeing as an accumulation category. Any player who commits a slew foot will be assessed a four-minute double minor penalty or a match penalty, depending on the severity of the incident as determined by the referee. An automatic match penalty will be assessed when an injury occurs due to a slew foot.

It will now be mandatory for each team to have a portable defibrillator on hand in case of an emergency involving a player or team staff member. Trainers will be required to carry one for every game, practice and team event. This is in addition to the defibrillators located in all BCHL facilities.