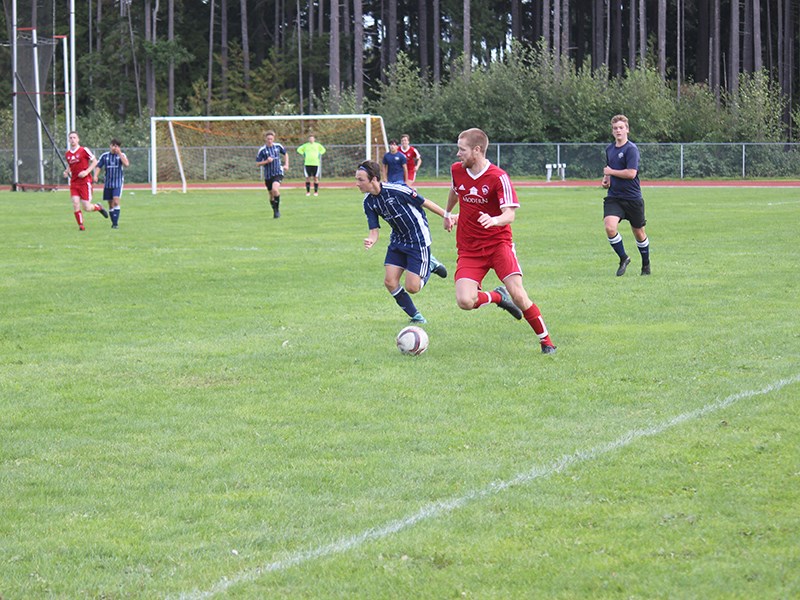 Few expect Powell River Villa SC to dominate the upcoming Vancouver Island Soccer League season as the team did last year when it won Division 3A with a record of 14 wins, 2 losses and one tie.

That record advanced Villa to Division 2 for 2018/2019, where competition will be of higher calibre.

“We’re excited to play in Division 2 and get the season going,” said head coach Chris McDonough. “We have some stiff competition.”

McDonough said his team has improved.

“We have good energy and a good vibe around the team,” he added. “Our training sessions have been great.”

“The fitness level is what we need for Division 2,” said McDonough.

“It wasn't so much about the result as it was about trying out new players in different positions and some different strategies,” said McDonough.

Some Riptide players will be available to Villa this season.

“We have an arrangement that when players are available and healthy we'll have opportunities to permit them,” added McDonough.

Forwards Tim Wriglesworth, who is from Powell River and currently attends Capilano University, and Brandon Knox, will likely join the team mostly for away games.