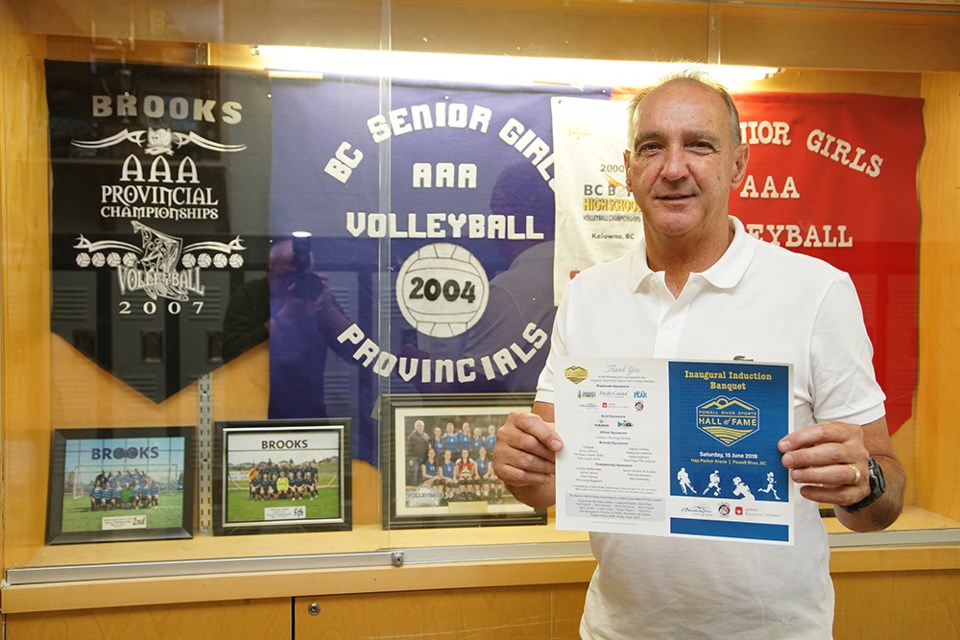 WORK BEGINS: City of Powell River councillor Jim Palm announced the new members of the Powell River Sports Hall of Fame committee, which will be organizing another induction in 2022.Peak archive photo

Efforts are underway to prepare for the second induction into the Powell River Sports Hall of Fame.

Palm also said he had been appointed to the committee as the parks and recreation portfolio holder. Letters will be sent to the qathet Regional District and Tla’amin Nation, inviting them to appoint representatives to serve on the committee.

Members of the committee were announced after an in camera session.

During the open portion of the meeting, councillors voted to reestablish the sports hall of fame select advisory committee, and that the committee be provided with an operating budget of $42,000 funded from the innovation reserve fund to assist carrying out its mandate.

During discussion of the issue, councillor George Doubt said he liked that the city is moving along with another round of action with the sports hall of fame.

“It certainly was a good event to have and I appreciate the display in the recreation complex,” said Doubt. “I generally like the terms of reference but I will be proposing an amendment with regard to the council member holding the parks and recreation portfolio serving as the committee chair. I’d like to see the committee elect a chair at the first meeting.

“We’ve heard some input from the public about chairpersons being appointed by council and frankly, on the community finance advisory committee, the mayor and I did ask the committee if they’d like to elect a chairperson and vice-chairperson. They were happy with the way it was.”

Doubt said the committee suggested that when the city is forming committees, it be asked that committees elect chairpersons rather than having appointments.

Council gave unanimous consent to change the terms of reference to indicate the chair will be elected by the committee at large.

Palm said he is looking forward to working over the course of the next year to make this second selection to the sports hall of fame a reality for the community. He said there were 25 nominations in the first round and nine members voted in.

“We have an existing list who were previously nominated to work from and I can assure you there are some very worthy past representatives of our community who will fit the terms of reference and be inducted this time around,” said Palm. “I’m assuming it will be around a similar number depending on who comes out of the woodwork.

I’m already receiving calls for the application form to be posted and the criteria for selection to be posted so people can get on with it. I’m very happy to see this moving forward.”