Sonia Skobkareva sees each tournament as a learning and training opportunity
Oct 24, 2019 2:53 PM By: Vanessa Bjerreskov 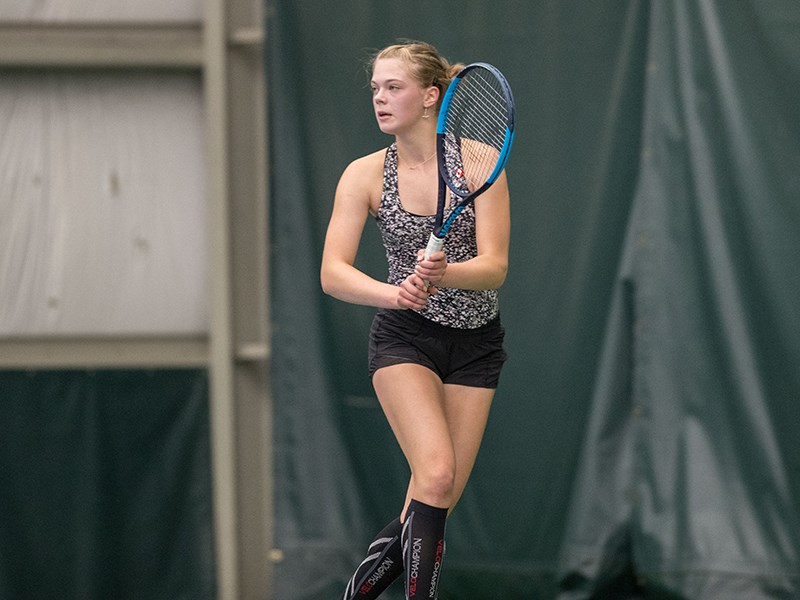 Skobkareva was pleased with her performance in both tournaments. Her first-round singles win in Victoria went to three sets against Canadian Sydney Wahl.

“In the first set, I played how I should be playing,” she said. “I started making a few mistakes in the second set, and she was able to suck me into playing her game. In the third set, I fought back and just went for it, and was able to win.”

Her father, Igor Skobkarev, was in the coach area for the match. “I had several coaches come up to me and comment on how well she played her first set,” he said. “They said they’d never seen her play that aggressively and effectively.”

In the next round, Skobkareva faced American Salma Farhat.

“I’ve never played her or seen her play, so I had to figure out her style on the court and I couldn’t get used to her game,” said Skobkareva. “That’s different for me, because I’ve been competing against the same girls in BC for most of my competitive career. I feel like I lost that match rather than her winning it, but it was definitely a learning experience for me.”

Her father agreed with the match assessment.

“Even if you lose, competing at this level gives you an idea of where you are compared to other people in the world,” he said.

“You usually start to see performance changes about six months after you change coaches,” he said. “Sonia has only been working with Adil since August, and her aggressiveness on the court is already shifting. Having a world-class coach here in Powell River is really important not only for Sonia, but also for anyone else here who wants to learn and succeed at tennis.”

According to Skobkarev, Medina is not only an excellent coach and player, but is also a certified fitness trainer, which allows him to tailor training regimens to the needs of tennis athletes.

Skobkareva is looking forward to continuing to work with Medina on skills, fitness and injury prevention.

“Our goals for the year are for me to make indoor nationals in March, and to get good results there,” she said. “We’ll focus on skills like staying aggressive on the court and moving into the net more, and training with different shots. We are looking at what my abilities are and customizing a training program to focus on those, so I can continue to improve this year and going forward.”